Shen Yun a Journey for the Soul 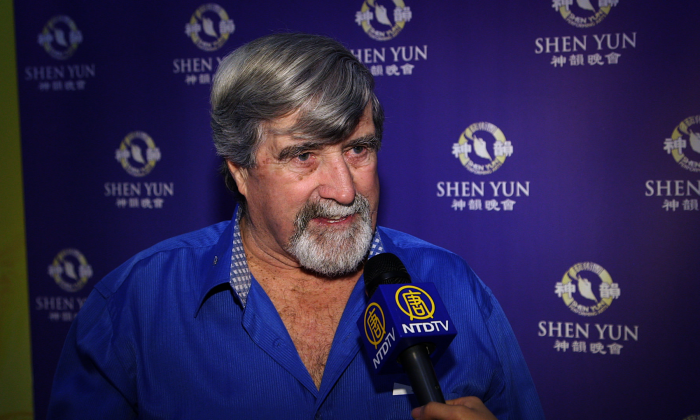 Yvon Juneau at the Shen Yun performance at the Grand Théâtre De Québec in Quebec City on May 3, 2016. (NTD Television)

QUEBEC CITY, Canada—For Yvon Juneau, watching Shen Yun Performing Arts was like taking a journey to another part of the world, except that it was his soul that travelled.

“It is our soul that transports. … It transports us when we see the show tonight,” said Mr. Juneau after watching the classical Chinese dance and music production on its opening night on May 3 at the Grand Théâtre de Québec.

Mr. Juneau, who is retired from the Canadian Armed Forces, added that he found Shen Yun to be very calming and uplifting.

“When you see this show, you have a happy feeling,” he said, and “it’s relaxing.”

Lucie Doré, who was at the performance as well, said that Shen Yun takes people back to their original selves.

“[The] spirituality is what I am taking with me, this is what I remember of the evening. A lot of emotion, and the need to return to oneself, it allows us to see that,” Ms. Doré said.

She could only describe the performance as “indescribable beauty.”

“Stunning, amazing, the colours, the feat. … This is so beautiful to see them move, this is always tricky, and the flexibility at the same time. I really appreciated [the performance],” she said.

Couture Drolet, who works in the field of arts, said she loved the colours, costumes, and dance movements.

“What it feels like when you look at the choreography, all the interpretations, costumes, and the whole setting, it’s really very beautiful,” she said.

The techniques and flips and jumps of the talented dancers, the colours of the costumes, the excellent choreography, and the other elements in the performance — all came together to create a powerful performance that captured audience members like Ms. Drolet.

“All together, all together. The energy represented by each of these beautiful dances, I love that,” she said.

“It has a very good energy. I really love the show,” Ms. Drolet said.