Shen Yun, a Great Gift for Loved Ones 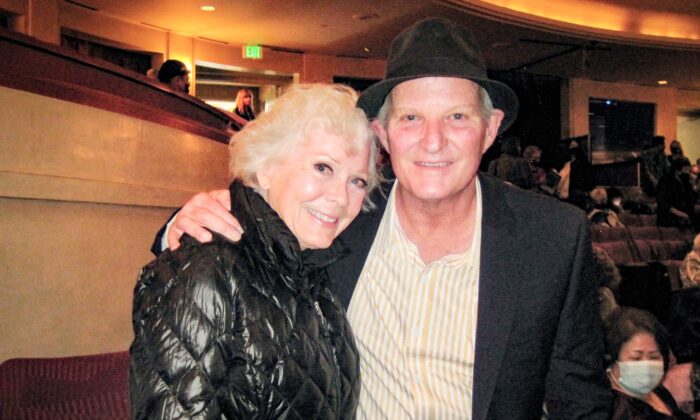 ESCONDIDO, Calif.—Some birthday gifts are memorable. Catherine Newhart, an artist, received her ticket to Shen Yun Performing Arts as a birthday gift. She and Dan Hare felt fortunate to have gotten the last tickets for today’s matinee performance.

So many people have been courageous to come out.
— Catherine Newhart

She added that attending this performance during the pandemic was an uplifting experience.

“It’s very uplifting. When I was seated, I thought, how wonderful it is. So many people have been courageous to come out,” she said.

The pair was intrigued by Shen Yun‘s dedication to portraying China before communism.

“I think the concept of sharing how things were before communism and the spiritual perspective is relevant. A lot of people feel disconnected and lost,” Ms. Newhart said.

“It’s an amazing performance. It has a glimpse into Chinese culture that we don’t see in the headline news,” Mr. Hare said.

He added he thought the United States would benefit from having a deep and rich culture like China.

“It’d be great if America could adopt some of the traditions, not the political system but the cultural. I think there’s huge value in that,” he said.

“You see the order, there’s an incredible order and tradition. It’s very deep. In America, we’re losing our culture. And so I find this very inspiring. Chinese are very smart and very hardworking people. I just hate to associate it with the Communist Party over there,” he added.

Gloria Santillan and her daughter-in-law, Rosa were also in the audience this afternoon. Rosa had given her mother-in-law tickets to Shen Yun as a Christmas gift.

Gloria was particularly struck by the soprano. She felt that her voice was powerful and penetrating.

“The lady singing, and no microphone, and her voice just penetrated me—beautiful. And the message, the very important message about you know salvation and believing in God,” she said.

New York-based Shen Yun tells the story of Falun Gong practitioners in China who are persecuted for their faith. Rosa shared her empathy for the people of China.

“I think my deepest impression was the message. The message of divinity and it is sad just learning that even in today’s modern age that people don’t have the freedom to follow, to be able to practice something that they believe or is very important to them and that broke my heart,” she said.