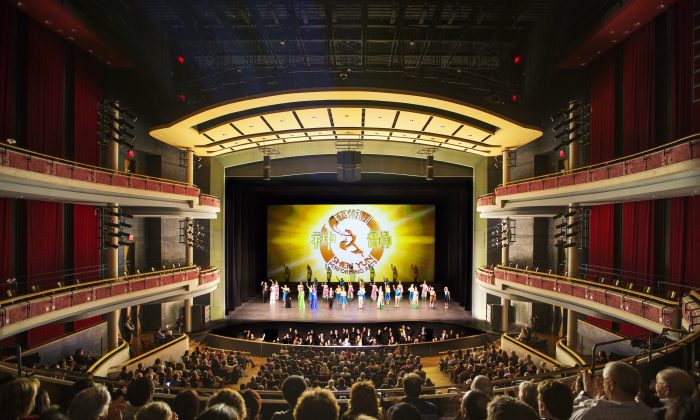 MISSISSAUGA, Canada—Mark Fonseca took away more than just a “feast for the eyes and ears” after attending Shen Yun Performing Arts’ final performance at Living Arts Centre on Sunday afternoon. The performance also brought out some of the traditional Chinese values that are lacking in today’s fast-paced society.

“It was beautiful, it was fantastic, the costumes were amazing, the colours, the precision of the performers,” said Mr. Fonseca.

Mr. Fonseca, a lawyer by profession, is Assistant Vice President, Legal Services at Unica Insurance. The company was founded in 1955 and is a subsidiary of La Capitale General Insurance, one of the largest property and casualty insurers in Canada. He was accompanied by his mother.

Shen Yun was founded on a mission to bring back China’s 5,000 years of divinely inspired culture. The basis of the performance is classical Chinese dance, a complete system of dance with unique movements, rhythms, and inner meaning. Shen Yun’s dancers are complimented by an orchestra that combines traditional Chinese instruments in a western symphony orchestra.

Shen Yun aims to take audiences on a journey of 5,000 years of Chinese civilization, and the performing arts company has a backdrop team that creates vividly animated backdrops for each dance. These backdrops reflect China’s multifaceted geography, society, and dynasties.

“I thought was very interesting the way that the performers would drop off the stage and then appear on the screen and come back and forth, it was very unusual,” said Mr. Fonseca. The backdrops provide depth to the performance on stage with synchronized animation.

One of the presentations that employed this unique feature was “Monkey King and the Skeleton Demon.” It is one of the story-based dances Shen Yun presents from the classic novel “Journey to the West.”

“It just appealed to the sense of fantasy and justice, and it was just a very compelling story,” said Mr. Fonseca.

Shen Yun’s performance consisted of 21 individual presentations, which, when digging deeper present a sea of traditional Chinese culture. According to Shen Yun’s website, “Principles such as benevolence and justice, propriety and wisdom, respect for the heavens, and divine retribution, all come to life.”

“I think it reinforces the ideals of respect and peace and love and hope and courage, and all of those good character traits.

“I think it’s a good reminder of what’s important in life, and what sets us apart from the rest of creation, the importance of living our life with love and a purpose and respect and tolerance for others,” he said.

Today’s China, in particular, has lost its respect for the divine through decades of communist rule. The communist ideology is one of atheism, whereas Shen Yun seeks to revive authentic Chinese culture.

“I would describe it as being, as I said, just a feast for the eyes and the ears,” Mr. Fonseca concluded. “Just beautiful costumes, beautiful dancing, just an excellent experience overall.”