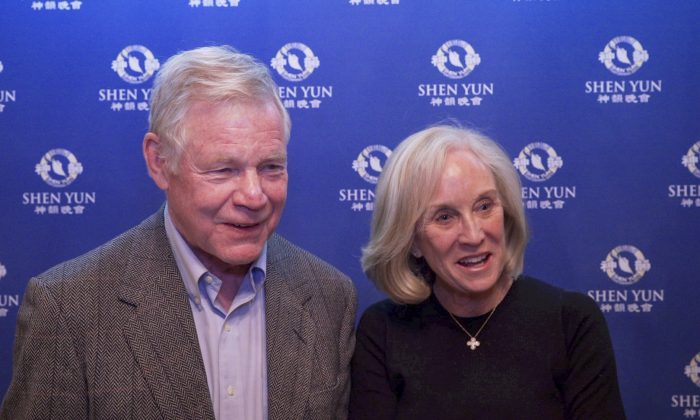 “It’s breathtaking and brilliant and exciting, all at the same time.”

“I like the way that this dancing combines elegance and grace and refinement—but at the same time it’s very athletic and powerful, there’s a lot of energy and excitement to the performers. It’s a wonderful combination of many different things, so appropriate for Chinese culture.”

“I think it [Chinese culture] is fascinating. … So we just had to come and see it [Shen Yun], a real tribute to all of those things that make up the greatness of the Middle Kingdom.”

“I learned that when you combine ancient traditions and culture with a fantastic background [animated backdrops] like [Shen Yun has] that has been patented, it makes for a very exciting and different performance. The colors are brilliant, very Chinese, very typical of what you think of in terms of Chinese art.”

“I would tell [others] that it’s very much just something that they should consider coming to see, because it would broaden their perspective of China. Most Americans don’t realize how old the culture is of the Chinese people, and how, as we watched in the show, it seems as though Chinese dance has influenced almost every type of folk dance and classical ballet and gymnastics.”

“[Shen Yun] has taken us through the traditions, Chinese spiritual thinking, and the dynasties, and the martial arts part of it, and how it’s playing out.”

“[The spiritual aspect] I think it was very thought provoking and moving. And also it’s encouraging to think that despite communism, the Chinese people still are seeking something more than the minimalist existence under a communist society; and I’m not surprised, it’s a rich and deep culture, and this show is doing a great job of portraying that and revealing that to the American audience.”