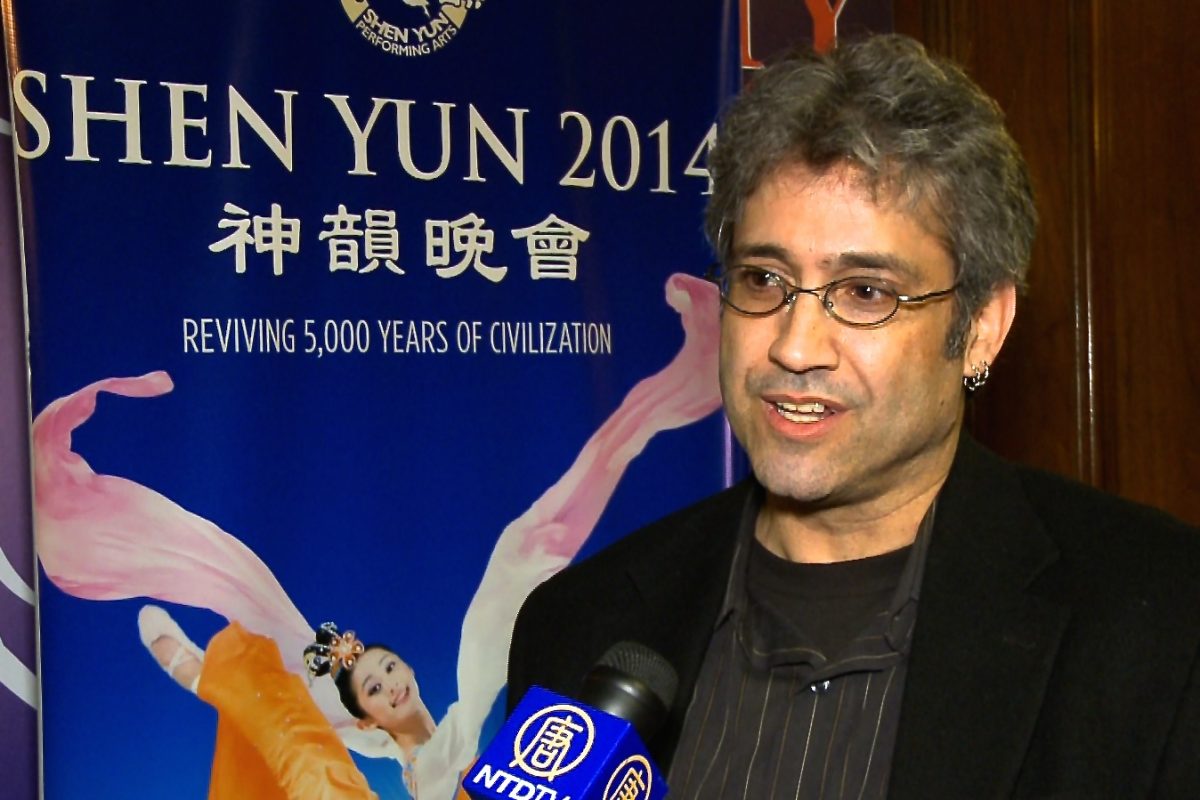 “It was wonderful. I really enjoyed the cultural exchange, the opportunity to see the 5,000 years of Chinese culture expressed so artistically,” said Mr. Napoli, a senior architect and design principal at Bergmann Associates.

“I appreciated the aesthetics, and obviously the pageantry and the color. I’ve never had the opportunity to experience the dance and I’ve always wanted to, so this was my chance. I finally got to come.”

New York-based Shen Yun was formed by overseas Chinese artists in 2006 with the aim of reviving the essence of the Middle Kingdom’s divinely inspired culture.

Each Shen Yun performance includes at least 20 presentations of classical Chinese music and dance. Many of the dances dramatically portray legendary stories of China’s past and present.

According to the Shen Yun website, Chinese traditional culture was nourished by principles derived from Buddhism and Daoism such as compassion and justice, propriety and wisdom, respect for the heavens, and divine retribution.

The spiritual aspect of the show moved Mr. Napoli.

“It touched me,” he said. “I appreciate the fact that it does reach beyond just the beauty of the costumes and the technicality of the dance, and that it’s talking about togetherness and bridging between cultures. That’s a wonderful message.”

He also enjoyed Shen Yun’s unique digital backdrops, which are animated in order to enhance the story-based dance pieces being played out on stage.

”It’s stunning. I love the fact that it integrated technology and traditional dance, and it made it very seamless,” he said.

Mr. Napoli said the performance left him feeling that he had been “taken through the whole culture.”

“I got to see different dynasties and I thought that was really interesting—a chance to experience it first-hand,” he said.

“I am taking home a bit of Chinese culture with me.”

Reporting by NTD and Joan Delaney