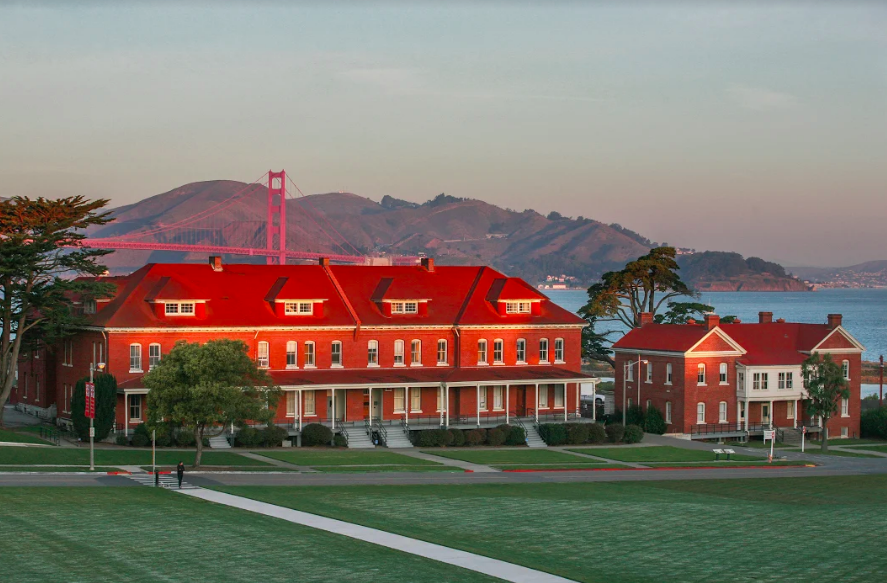 The new Lodge at the Presidio offers a natural oasis in the middle of a 1,500-acre National Historic Landmark, the Presidio of San Francisco. The historic boutique hotel, which opened on June 28, has views of the Presidio’s 300-acre national forest, the Golden Gate Bridge, and the San Francisco Bay.

The Presidio was used as a military post by Spain, Mexico, and the United States. It became part of the Golden Gate National Recreation Area in 1994. The 42-room hotel is housed in a former U.S. Army barracks, built between 1895 and 1897. Amenities include a courtyard with a fire pit and a front porch with rocking chairs, and artisan details are showcased through the property.

Guests have easy access to the Presidio’s free offerings, from art exhibitions to birdwatching.

The hotel is a sister property to the Inn at the Presidio, which opened in 2012.