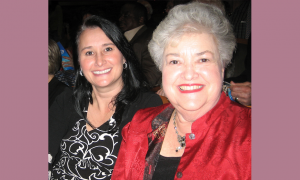 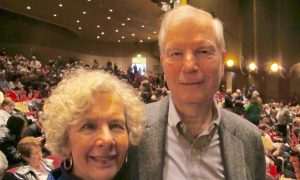 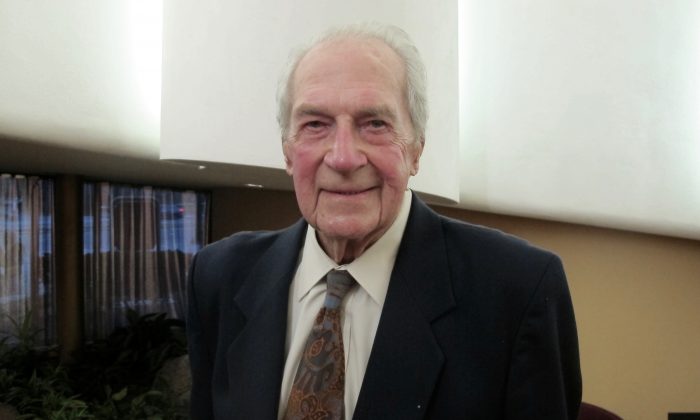 Frikkie Eloff said Shen Yun at the San Jose Center for the Performing Arts on Jan. 3, 2016, "really takes the cake" of all he has watched. (Abraham Thompson/Epoch Times)
City

Attending the closing night of Shen Yun Performing Arts’ World Company at the San Jose Center for the Performing Arts on Jan. 3, Mr. Eloff, 91, was filled with effusive praise.

“I was lost in admiration. Felicitation. I find it difficult to find words which are appropriate to describe the grandeur of what I have seen here.”

He was struck by “the synchronization, the grace of movements, the defiance of gravity, the colorfulness, and the enjoyment” that the dancers possess.

Classical Chinese dance, a highly expressive and rigorous art form with deeply traditional roots, is what Shen Yun is all about. In reliving legendary tales, dynastic scenes, and folk dances through elegant leaps, flips, tumbles, and spins, Shen Yun seeks to revive and preserve 5,000 years of divinely inspired Chinese culture.

In it, Mr. Eloff saw a spirituality that pointed to a positive sign of spreading traditional Chinese culture, and hope for the future.

“Looking to the future, trying to build a better future. That’s the positive note I perceived here,” Mr. Eloff said.

“From vast open grasslands in one dance to the stately elegance of Tang Dynasty pavilions in another; from dusty yellow battlegrounds to tropical beaches to Himalayan peaks to picturesque scenery of the Yellow River Delta—the digital projection infinitely expands and transforms the stage,” the company’s website states.

The harmonious meshing of classical Chinese dance and modern technology impressed Mr. Eloff: “The professionality, the grandeur, and the overall beautiful presentation was monumental.”

I shall report back to my family and relatives the wonderful enjoyment we had.
— Frikkie Eloff

“I shall report back to my family and relatives the wonderful enjoyment we had in attending this show,” he said.

“I shall not forget it, ever.”