Retired Politician: Shen Yun Is Incredible From Beginning to the End 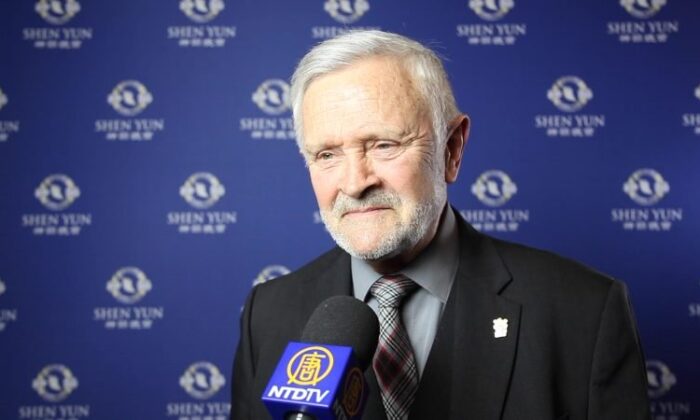 Most everyone in Basel will not hesitate to attend a show in The Musical Theater Basel, as it is one of Switzerland’s finest and most modern theaters and concert halls. Tonight it hosted New York-based Shen Yun show—a world-class show that has become a global phenomenon.

The Shen Yun website states, “Shen Yun Performing Arts is the world’s premier classical Chinese dance and music company. Shen Yun was established in New York in 2006 by elite Chinese artists. They came together with a shared vision and passion—to revive the lost world of traditional Chinese culture and share it with everyone.”

As the entire audience, Felix Rudolf von Rohr was impressed with the stage set up, the performers and the atmosphere that greeted him on entering the concert hall.

“It was a truly fantastic, and superb show. It was incredible from beginning to the end.”

He felt the show presented to the audience a tradition that must be maintained and pursued: “Coming from an old established family, it is important to recognize that traditional values must be kept alive.”

He continued, “This tradition from China, of which I had not known about before, but which is outstanding and thousands of years old, must be kept alive. This is telling us that we need peace, so it can bring its knowledge of humanity to the world’s people.”

“We need a renaissance of humanness. This is what the Shen Yun show imparted to me.”

Felix Rudolf von Rohr believes that a show as the Shen Yun’s performance is an extension of the mentality held by the Basel populace. He said, “We also believe in maintaining tradition and cultural values.”

In his mind, this should not just be recognized by Basel, but by the entire world’s populace.