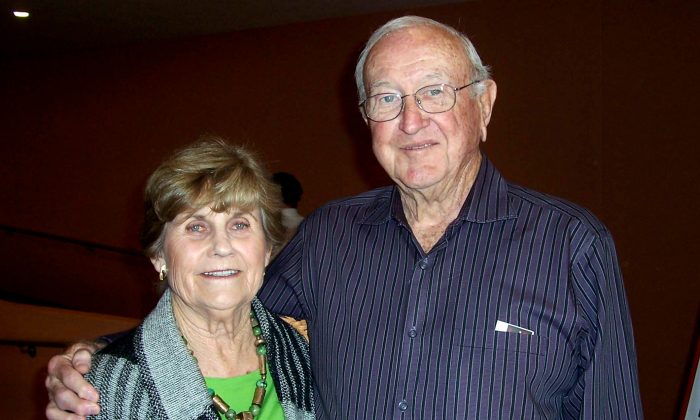 TEMPE, Ariz.—Shen Yun Performing Arts New York Company again received a standing ovation for its matinee performance at the ASU Gammage Theater, on March 8, from an excited audience with much cheering and even whistling.

Among them were Brigadier General James Lewis, US Army, Retired, and Mrs. Lewis. Brig. Gen. Lewis said his wife had decided for them to see Shen Yun when she first saw the advertisements.

Established in 2006 by artists from around the world, New York-based Shen Yun is a non-profit organization dedicated to bringing 5,000 years of Chinese civilization to life through music and dance. It has quickly become an international sensation, with four companies simultaneously touring around the world.

After watching the performance, Brig. Gen. Lewis was impressed with the dance and costumes.

“The dancing was great!” he said. “The costuming was beautiful.”

At the core of a Shen Yun performance is Chinese dance: “known for its incredible flips and spins, and its gentle elegance, it is one of the most rigorous and expressive art forms in the world,” according to Shen Yun’s website.

Mrs. Lewis was enthralled with Shen Yun dancers, “Those girls, especially, they look like they are floating. You know they just glide. It’s magnificent!”

“Every costume in a Shen Yun performance is presented with brilliant colors, displaying a splendid spectacle—from the Tang Dynasty’s ‘Raiment of Rainbows and Feathers’ to imperial dragon robes, phoenix coronets, and cloud capes; from the civil official’s headdress and robes to the warrior’s helmet and armor,” says the company website.

Interspersed between the dance pieces are operatic singing pieces, performed in bel canto style with Chinese lyrics with a translation projected on the digital backdrop.

Brig. Gen. and Mrs. Lewis were impressed with the digital backdrops, especially how the dancers leapt from the stage and appeared on the screen in flight as animated characters, then back from the screen to the stage.