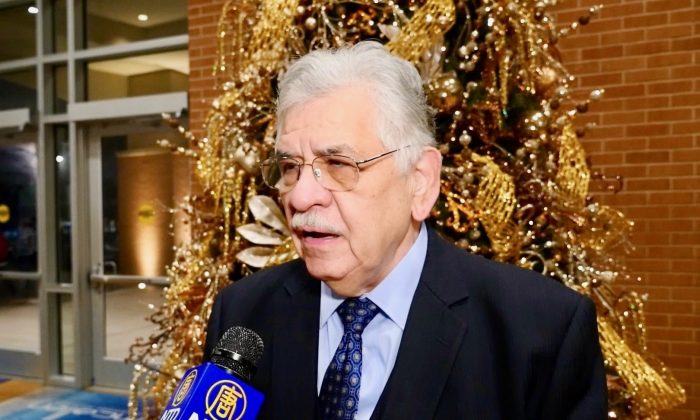 “I think this [Shen Yun] is exceptional. It is something that we really need a lot more to see down here. And it is just mind-boggling the kind of performances that I witness, and my wife is just thrilled. She is a retired school psychologist.”

“I learn a lot because now I understand that this goes back thousands of years in the classical tradition of China.”

“I learned a little bit more about that there are many different ethnic groups. I didn’t realize that. I mean I should I have known that. And I also, I didn’t realize the persecution was as intense as … I thought maybe it had ameliorated or reduced somewhat over the years, that they have become more modernized. But it seems like it is still there. So that’s good to know. I think Americans need to know that.”

“I think [people coming to see Shen Yun] will get the conclusion that it is a tremendous culture, has been long-standing … just a phenomenal group of people, and they have so many things, so much to provide the world, and that we are fortunate that we can get a glimpse of their culture.”