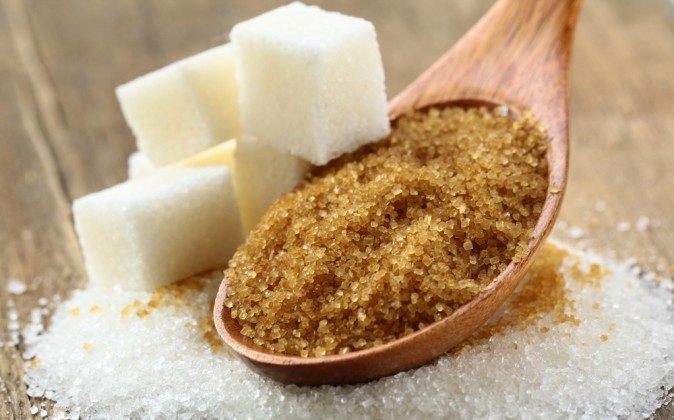 Sayer Ji
Sayer Ji is founder of Greenmedinfo.com, a reviewer at the International Journal of Human Nutrition and Functional Medicine, Co-founder and CEO of Systome Biomed, Vice Chairman of the Board of the National Health Federation, Steering Committee Member of the Global Non-GMO Foundation.
View profile
Follow
biggersmaller
Print

The average American consumes their body weight annually in this cancer-causing substance, and yet hospitals freely feed it to their cancer patients, oblivious to the harm it does.

Hospitals feed cancer patients sugar and high carbohydrate diets for a reason: they are abysmally ignorant of the role of nutrition in health and disease — hence their burgeoning growth and packed rooms.

Even though the science itself shows – at least since the mid-20’s with Otto Warburg’s cancer hypothesis — that tumors prefer to utilize sugar fermentation to produce energy rather than the much more efficient oxygen-based phosphorylation* – hospitals have actually invited corporations like McDonald’s to move into their facilities  to ‘enhance’ their patient’s gustatory experience, presumably to provide comfort and take the edge off of the painful surgery, radiation and chemo treatments erroneously proffered to them as the only reasonable ‘standard of care.’

But the times are changing, with new research requiring these medical institutions to reform their dietary strategies, at least if they wish to claim that their interventions are in fact ‘evidence-based’ …

A groundbreaking new study, uncovered by one of our volunteer researchers at Greenmedinfo – Jonathan Middleton – is the first of its kind to identify sugar, not only as  fuel source for an already existing cancer, but as a primary driver in oncogenesis – i.e. the initiation of cancerous characteristics (phenotype) within previously healthy cells.

Published in the Journal of Cliinical Investigation and titled, Increased sugar uptake promotes oncogenesis via EPAC/RAP1 and O-GlcNAc pathways, researchers addressed a common perception (or misperception) in the cancer research community regarding sugar’s relationship to cancer: namely, “increased glycolysis [sugar based metabolis] is frequently viewed as a consequence of oncogenic events that drive malignant cell growth and survival.”

Contrary to this conventional view, the new study “provide[s] evidence that increased glycolytic activation itself can be an oncogenic event…”  That is to say, the activation of sugar-based metabolism in a cell – driven by both the presence of increased quantities of glucose and the increase glucose receptors on the cell membrane surface (i.e. “overexpression of a glucose transporter”) – drives cancer initiation.

Moreover, the study found that “Conversely, forced reduction of glucose uptake by breast cancer cells led to phenotypic reversion.” In other words, interfering with sugar availability and uptake to the cell causes the cancer cell to REVERSE towards its pre-cancer structure-function (phenotype).

What Are The Implications of This Research to the Diet?

What this new research indicates is that sugar – of which Americans consume an astounding 160 lbs annually (imagine: 31 five-pound bags for each of us!) – is one of the primary causes of metabolic cell changes in the body consistent with the initiation and promotion of cancer. And, the research indicates that removing it from the diet, and depriving the cells of it, could REVERSE cancer.

It has been estimated by the USDA that the average American consumes 200 lbs of grain products annually. Why is this relevant to the question of sugar in the diet? Because refined carbohydrate products – e.g. crackers, bread, pasta, cereal – are actually ‘hidden’ forms of sugar. In fact, puffed rice causes your blood to become sweeter (and presumably feeds more cancer cells sugar) than white sugar, as it is higher on the glycemic index. Adding the two figures together – annual per capita consumption of sugar and grain-based products – we get a jaw dropping 360 lbs of sugar (both overt (table sugar/high fructose corn syrup) and covert (grain carbs) annually – all of which may contribute to promoting the ideal metabolic situation of cancer cells: aerobic glycolysis.

This is one reason why the ketogenic diet – that is, a fat- and protein-focused diet devoid of carbohydrate, both in simple (sugar) and complex (grain product) form – has been found so useful in the most aggressive of cancers: including brain cancer. Once you ‘pull the rug out’ from under the sugar/carb-craving cancer cells, they are forced to either undergo programmed cell death (apoptosis) or re-differentiate back into non-cancerous phenotypes.

One of the primary reasons why we eat sugar and carbohydrate rich diets is because they are addictive. Within minutes of consuming sugar/carbs our body goes through a neuroendocrine roller coaster. Your brain can not survive very long without glucose, the fundamental energy unit of the cell, and will ‘freak out’ if deprived of a steady stream of this ‘nutrient’ within only 2-3 minutes. The endocrine system, on the other hand, perceives the danger of high sugar – namely, glycation associated damage to protein and lipid structures within the cells of our body; think: blood caramelizing, getting sticky, and gumming up the finely tuned works – and will release hormones such as insulin, adrenaline and cortisol, in order to try to get the elevated sugar in the blood and tissues under control. Insulin forces the sugar into storage within the cell, both as glycogen and as fat, but often does its job too well, causing available glucose levels in the brain to be depleted – setting off a vicious cycle of ’emergency signals’ telling the body to release more cortisol and adrenaline to increase the levels of glucose in the blood. This, of course, will result in additional insulin production and release, causing the same cycle to be repeated over and over again.

This seemingly endless vicious cycle is responsible for the insatiable cravings a high carb/sugar diet generates – not to mention the fructose-based hedonic effects generated in the brain that modulate both opioid and dopamine receptors in the nervous system (not unlike alcohol), and the pharmacologically active peptides in many gluten-containing grains, which also drive addictive behaviors and an almost psychotic fixation on getting carbs at each meal.

No wonder we have an epidemic of cancer in a world where the Westernized diet prevails. Certainly, we do not mean to indicate that a sugar/carb-rich diet is the only cause of cancer. There are many other factors that contribute to cancer initiation and promotion, such as:

Even though cancer is a complex, multi-factorial phenomena, with variables we can not always control, one thing we can do is control what goes into our mouth. Sugar, for instance, does not belong there if we truly want to prevent and/or treat cancer.  And don’t forget, carbohydrates that don’t taste sweet on the front end – bread, crackers, cereal – certainly convert to sugar in the body within minutes post-consumption.

In a nutshell, if you are concerned about cancer, have cancer, or would like to prevent recurrence, removing sugar and excess carbohydrates is a must. Not only is it common sense, but it is now validated by experimental research.

*Note: Cancer cells prefer to ferment sugar as a form of energy even when there is sufficient oxygen available to the cells to do so; hence Warburg’s description of cancer metabolism as ‘aerobic glycolysis’ or the so-called ‘Warburg effect’

*Image of “sugar” via Shutterstock