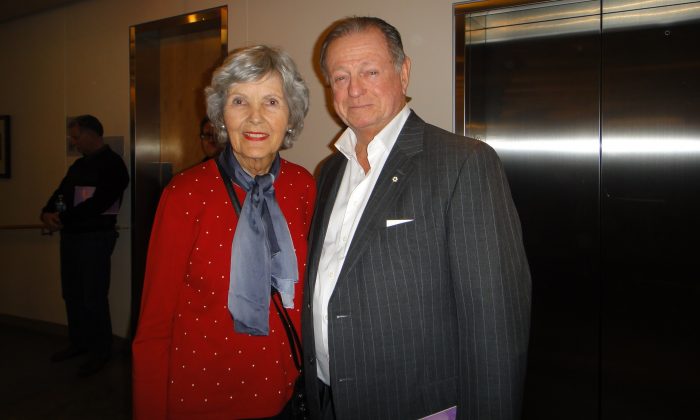 TORONTO–Acclaimed Canadian neurosurgeon Dr. Alan Hudson attended Shen Yun Performing Arts the evening of March 27, 2019 at the Four Seasons Centre for the Performing Arts. He was accompanied by his wife Susan.

Both were very impressed by the quality of the performance.

“I think it’s quite the best I’ve seen of any dancing. We’ve seen London, Rome, we’ve been around the world, we haven’t seen anything as good as this. It’s outstanding,” said Dr. Hudson, an Order of Canada recipient.

“The talent, the energy, the training they’ve gone through. Unbelievable,” she said.

The world’s premier classical Chinese dance and music company, New York-based Shen Yun has performed for millions of audience members around the world as part of its mission to revive 5,000 years of Chinese civilization on stage.

Dr. Hudson was fascinated by Shen Yun’s ability to use innovative technology to present traditional culture, with its digital backdrops often interacting with the dancers on stage.

“The technology of the back screen is phenomenal. It’s mixing old centuries of dance with very modern technology–very cleverly done,” said Dr. Hudson.

With reporting by Dongyu Teng and Madalina Hubert.