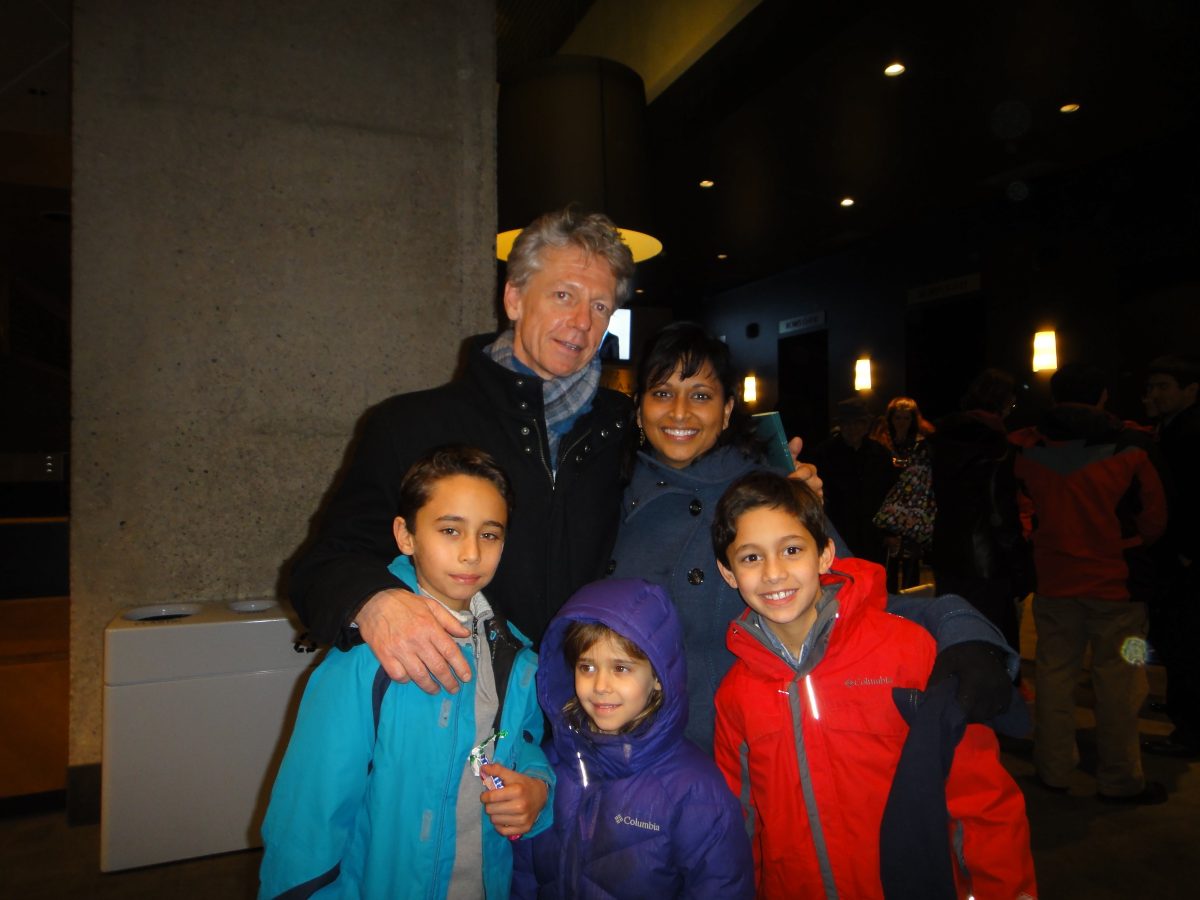 Dr. James Orbinski and his wife, Rolie Srivastava, an environmental sciences researcher, along with their three children attended Shen Yun Performing Arts at Centre In The Square in Kitchener on Dec. 29, 2014. (Epoch Times)
Shen Yun

KITCHENER, Canada—Renowned Canadian physician and humanitarian James Orbinski attended Shen Yun Performing Arts with his family on Monday, Dec. 29, at Centre In The Square and was impressed by the classical Chinese dance production but particularly the theme of caring and compassion depicted in one of the dance pieces.

“It was just wonderful,” said Dr. Orbinski of the show overall, while noting that the story-based dance titled “The Power of Compassion” particularly stood out for him.

Set in contemporary China, the dance depicts the persecution faced by Falun Gong practitioners today and the compassion that many demonstrate despite the dangers and brutality they face.

Falun Gong, also called Falun Dafa, is a spiritual meditation discipline practiced in over 100 countries around the world.

“I thought that it was a great performance in that it illustrated the power of caring for others, and it was wonderfully done,” Dr. Orbinski said.

Through performances of classical Chinese dance, one of the most comprehensive dance systems in the world, New York-based Shen Yun seeks to restore the divinely inspired heritage of China, which has almost been entirely lost under the rule of China’s communist regime over the last six decades.

An Officer of the Order of Canada, Dr. Orbinski is a doctor, writer, humanitarian practitioner, and one of the world’s leading scholars and scientists in global health.

Dr. Orbinsky was the subject of two CBC documentaries on his humanitarian work. He has also served as international president of Doctors Without Borders, accepting the Nobel Peace Prize on behalf of the organization in 1999.

Shen Yun takes audiences on a tour of 5,000 years of Chinese history, from ancient times to today.

“The performance itself was just so skillful and so beautiful,” he explained. “The colour, the dance, the music—the mixing of East and West in terms of music—the depiction of the many facets of Chinese culture, it was wonderfully illuminating and inspiring,” he said.

“It’s always inspiring to me to learn more about cultures that I am not deeply familiar with, so to see the richness of Chinese culture presented in such a beautiful manner is quite inspiring.”