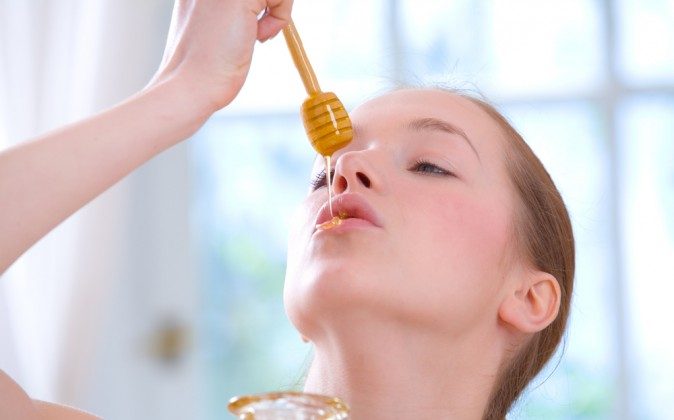 Mainstream physicians usually prescribe Acyclovir ointment or other topical medications to treat herpes outbreaks. But research shows that nature has a better solution. This remedy works faster than any of the mainstream treatments, and with fewer side effects.

According to Nutrition & Healing:

“None of the volunteers experienced any side effects with repeated applications of honey, although three patients developed local itching with the Acyclovir.”

Herpes can be broken down into two primary infections:

In this case, the type of herpes in question is the genital type of herpes simplex. This study is a perfect example of nature’s capacity to provide answers for just about any physical ailment as genital herpes can be notoriously painful and difficult to treat.

Sixteen adult subjects with a history of recurrent labial and genital herpes attacks used honey to treat one attack, and a commonly prescribed antiviral drug, Acyclovir cream, during another. (It’s important to realize that neither the drug nor the honey will actually cure genital herpes. They only treat the symptoms.)

Pain and crusting was also significantly reduced with the honey, compared to the drug. Two cases of labial herpes and one case of genital herpes remitted completely with the honey treatment, whereas none remitted while using acyclovir.

The best way to use this treatment is to first make sure that you have RAW honey, as it will work far better than regular processed honey. My preference is Manuka honey. Make sure you find one that is a semifluid. All you need to do is apply some of the honey directly to the open sore. Apply at least four times a day, but more would likely be better as the goal is to keep it constantly bathed in the honey.

As for side effects, three of the subjects developed local itching with acyclovir, whereas no side effects were observed even with repeated application of the honey.

The researchers concluded that “topical honey application is safe and effective in the management of the signs and symptoms of recurrent lesions from labial and genital herpes.”

What You Need to Know About Honey

Honey — which was a conventional therapy for infection up until the early 20th century when penicillin took center stage — has recently started inching its way back into the medical mainstream, but it’s important to realize that not all honey is created equal.

Some kinds of honey should never be applied to an open sore or wound, and the antibacterial activity in some honeys is 100 times more powerful than in others.

Processed, refined honey that you typically find in grocery stores is NOT appropriate for use in wound care. In fact, your average domestic “Grade A” type honey will likely increase infection.

It also will not offer you the same health benefits as raw honey when consumed.

Manuka Honey from New Zealand is a specific type of honey that has actually been approved for use as a medical device, due to its healing properties and superior potency. But you could also use raw honey – it’s just not as potent as Manuka.

Good-quality honey offers several topical wound-care benefits that can explain some of its success as a remedy for herpes sores:

Manuka honey, however, offers additional healing benefits not found in other honeys.

Clinical trials have found that Manuka honey, made with pollen gathered from the flowers of the Manuka bush (a medicinal plant), can effectively eradicate more than 250 clinical strains of bacteria, including resistant varieties such as:

With the increasing threat of antibiotic-resistant infections and drug over-use, the return to honey as a natural, multi-purpose healing therapy is certainly a welcome alternative.

Other Natural Therapies for Herpes Infections

Aside from honey, here are a few other remedies that have also been found effective in treating herpes infections:

In addition to these remedies, which all tend to work, in my experience, the two approaches that work the very best are:

Last but not least, there’s some evidence suggesting that high doses of vitamin D can help resolve herpes infection, although I do not have personal experience with this treatment. But there have reportedly been a large number of successes with people using up to 50,000 units once a day for three days.

It would be particularly effective if you have not been taking vitamin D regularly and have not had frequent exposure to the sun.

If you’ve had your vitamin D levels tested and are within the therapeutic level, then clearly you don’t want to use this approach as you may overdose on vitamin D. However, more than likely, if you had optimal vitamin D levels you probably wouldn’t have gotten the infection in the first place.

We know vitamin D works for flus, coughs, and colds, and appears to work for most, all the typical types of viral infections – even infections like herpes.

*Image of “honey” via Shutterstock