Charlotte Audience Member: ‘When I came I was in pain, … but now I feel great’ 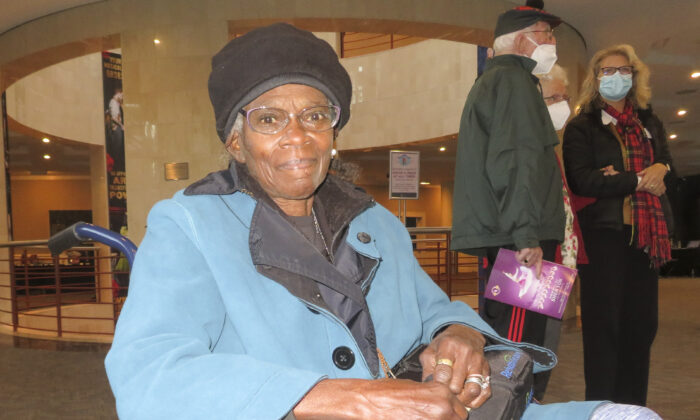 CHARLOTTE, N.C.—Queene Owl said she had pain in her legs as she was making her way to watch Shen Yun Performing Arts at the Belk Theater on Jan. 8.

But once she watched the performance, she says her pain disappeared.

“I can’t explain the feeling, it’s just this ‘ooh wow’ feeling, and I think the energy had a lot to do with it. … I looked at that amazing art and beauty, and I forgot about [the pain].”

New York-based Shen Yun, which draws top artists from around the world, has a mission to revive the culture of China, an ancient nation once known as “The Land of the Divine.”

“In 2006, a group of classical Chinese artists came together in New York with a mission: to revive the traditional, divinely inspired culture of China and share it with the world. They created Shen Yun,” says Shen Yun’s website.

Ms. Owl says she faced some tribulations as she was trying to come to see Shen Yun, including problems with her transportation. But she says through a “divine force” she was able to make it to the performance.

“It was meant for me to come here to get that divine touch,” she said.

“I don’t know how things pulled together and I made it here … but some divine force brought everything together and brought me there … and made it possible for me to come out and attend this evening.”

“I’ve never seen anything come close to this,” she said. “This performance was beautiful.”

She added that her wish is that more people could see Shen Yun.

“This was really awesome, my spirit is boosted. … The energy was there.”