Rabbi on Shen Yun: ‘God has given these bodies the ability to move like this’ 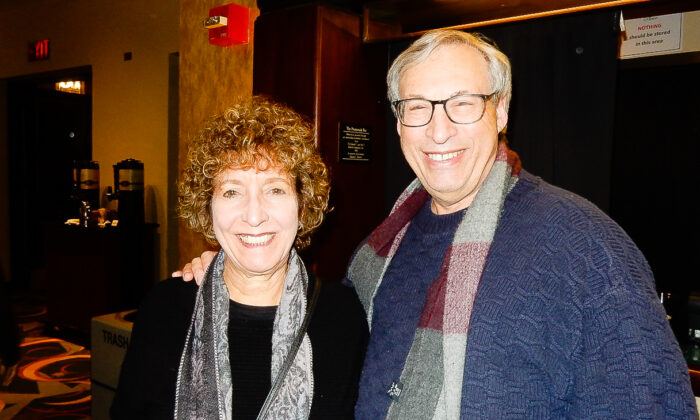 On Feb. 9, 2020, Rabbi Allen Lefkowitz and his wife, and heart surgeon John Rousou were among the audience members who took in New York-based Shen Yun’s unique brand of classical Chinese dance and authentic culture and called it God-given, fantastic artistry.

He said that, as a rabbi, he “appreciate[s] the beauty and the God-given art of this dance. Beautiful. It’s beautiful. Just very artsy and moving.”

“God has given these bodies the ability to move like this. It’s a gift, a gift from above,” he said.

His wife, Jody, is a school administrator who felt that Shen Yun was touching and spiritual.

“Yes, very moving and spiritual. Deeply moving on the inside, spiritual, heartfelt, stunning,” she said as she described the way the performance made her feel.

Throughout its five millennia-long history, Chinese civilization has always revered heaven and believed in the divine. In fact, China was once known as “The Divine Land,” a place where divine beings walk the earth and where the culture’s most precious assets such as the arts were handed down by heaven. Shen Yun carries on this spiritual tradition by depicting heavenly beings and realms on stage in some of its roughly 20 short vignettes.

Allen spoke with authority about this aspect of Shen Yun.

“A beautiful message. I feel like I’m being with God. Like being in God,” he said, after seeing the performance.

Cardiac surgeon John Rousou spoke very highly of Shen Yun after seeing it, and, like the Lefkowitzes, took note of the deeper, spiritual aspects of the performance.

“[Shen Yun] mixed the spirituality with the physical stuff and I liked the way they did it, with the combination of the screen and the stage—it’s fantastic. There are people coming out of the heavens and then they disappear up. It’s very, very well done.”

“Oh, [Shen Yun] is fantastic. I can’t say enough about it. It’s very precise and very physical, and I think they are doing a great job. It’s fantastic. I like the costumes as well. There is a lot of variety,” he said.

Rousou praised and encouraged Shen Yun’s artists in their pursuit to bring back traditional Chinese culture from the brink of extinction.

“I think that should be done,” he said. “I think it’s great to do that, and I’m enjoying it. It’s great—fantastic show.”

“I felt great, I felt uplifted. It’s a great show. I must congratulate all the actors and all the people who produce this. It’s amazing. So, very nice, thank you.”

With reporting by NTD Television, Weiyong, and Brett Featherstone.