Publishing Executive: Shen Yun, ‘It Takes Away The Worries of The World’ 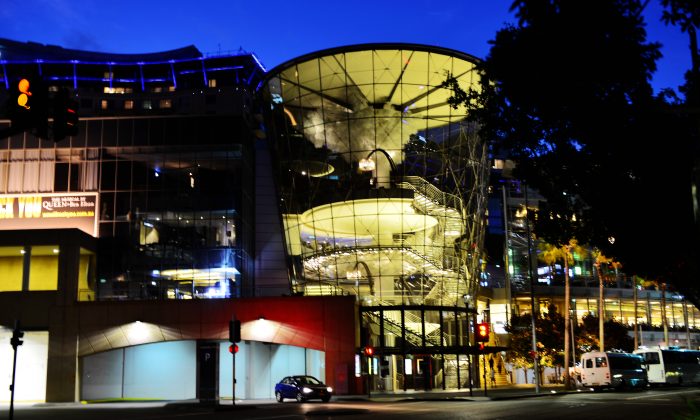 SYDNEY, Australia—Publishing executive, Paul Carroll and partner Sue Cross, were in awe of Shen Yun Performing Arts after seeing the New York based group at the Lyric Theatre, March 11.

“It was awe inspiring, I just feel lighter, it takes away the worries of the world,” he said.

Ms. Cross, a pet care professional, felt the power of the performance as soon as the curtains went up.

“Wow! The colours, and its so big and magnificent … There wasn’t a moment of boredom it just flowed beautifully,” she said.

Mr. Carroll said his experience of Shen Yun had been on many different levels.

“I feel very much lighter from seeing the show tonight and I also feel that there is a great opportunity to remember just how clever human beings are, and certainly how that cleverness is a big part of our creation … it was quite a spiritual evening,” he said.

Ms. Cross agreed: “It gave me a great calmness, relaxing and calming, I was thinking the spiritual side was coming through.”

China’s rich cultural heritage can also be found within classical Chinese dance. It’s movements are deeply expressive, the personalities and feelings of characters portrayed with unparalleled clarity, according to the company’s program.

“I thought the dancers tonight were absolutely beautiful, the costumes were amazing and the wonderful choreography—just to see everybody dancing so beautifully> And the message behind a lot of the song and the dances was very special,” said Mr. Carroll

“I just think the beauty of the precision was just incredible, that everything just came together so beautifully and in sync. and then the colours and the graphics were fantastic, the way they interacted with the humans was just fantastic,” she said.

One of the crucial issues facing the Chinese today is human rights abuse at the hands of Chinese authorities, especially the persecution of people of faith. This is made real in Shen Yun through performances depicting recent times.

“I learned a lot tonight about Chinese culture, and also about Falun Dafa and the problems that happened in China and the opportunity to know more about that … and to understand that they need to be free and able to express themselves freely,” Mr. Carroll said.

“In Australia we take our freedom for granted a great deal, we really do … to remember that its something very precious and that it’s something that isn’t universal, there are other people in the world that are repressed and to be able to appreciate that is a very special thing,” he continued.

The couple agreed that Shen Yun had been a special experience and said they looked forward to Shen Yun’s tour to Australia next year.

“We thoroughly enjoyed ourselves, its been fantastic,” Mr. Carroll said.