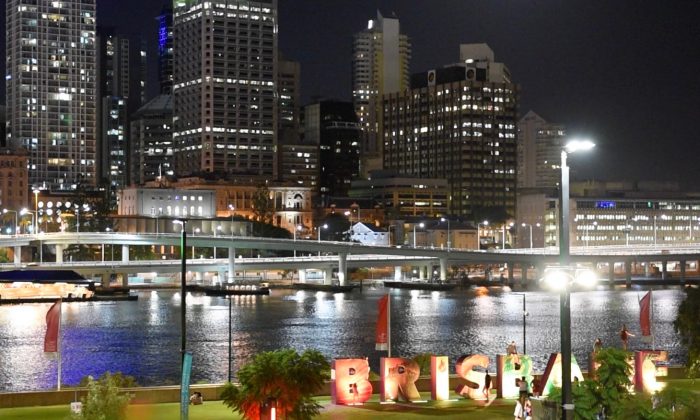 Ms. Raj, who is quarter Chinese, was at the Queensland Performing Arts Centre’s Lyric Theatre’s Sunday matinee taking in the classical Chinese dance and music presentation.

Whenever Ms. Raj becomes engaged in something, she loses herself, she said.

“I’m in my own world, but I’m connecting with the movements, and with the dancers. That is the best feeling in the world, the best drug in the world. And that’s what they [Shen Yun] produced today. And I love that.

“The movement, the coordination, I love the costumes. I think it’s absolutely beautiful.”

To see something like this alive today is very special and spiritual for me.
— El Raj

Shen Yun, with four companies, visits over a hundred cities and performs hundreds of shows on prestigious stages—but not in China.

Since the Chinese Communist Party took control in 1949, traditions have been systematically destroyed in the mainland by waves of state-sponsored persecution against religious believers, intellectuals, and campaigns to destroy ancient relics, the company website says.

She learned through Shen Yun to always be herself and keep fighting for what she believed in, she said.

“People need to keep their identity, and not be afraid of other people’s beliefs and values, so for that, I respect them [Shen Yun].”

She would tell her friends and family that Shen Yun is “nothing like they’ve ever seen before and I would recommend them to watch it”.

And if she could speak to the Shen Yun dancers and musicians themselves, she would tell them they are “magnificent and magical at the same time.”

“I really loved every moment. I was actually connected every moment … . So for me, to be there with them, is an amazing, amazing experience.”