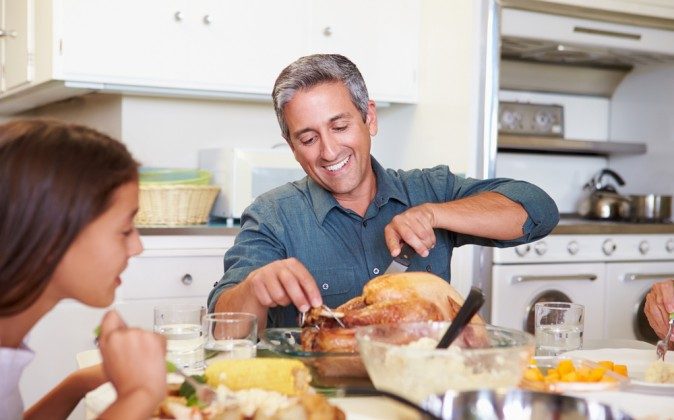 Functional decline is one of the hallmarks of aging and describes the slowing ability to carry out daily activities due to physical weakness and/or cognitive decline.

In essence, functional decline describes what many people think of as “getting old,” and is associated with a high risk of subsequent health decline.

Most of us would like to live to a ripe old age, but we’d like to live those years in good health, independently and able to continue doing the things we love. Learning how to lower your risk of functional decline is key to this and, as with many areas of health, your lifestyle (including your diet) is clearly related.

You cannot live without protein, as it’s a main component of your body, including muscles, bones, and many hormones. We also know that protein was instrumental in advancing our intelligence. As you age, consuming adequate amounts of high-quality protein is especially important, as your ability to process protein declines with age, raising your protein requirements.

Recent research from Japan has shown that men who consumed higher levels of meat and fish had a 39 percent lower risk of mental and physical decline compared to those who ate the least animal protein. It could be, as the researchers suggested, that high-quality protein helps preserve lean muscle that is essential for daily functioning.

Considering that this study was done in Japan, it’s also possible that the participants were consuming higher levels of fats from seafood, which may have offered some of the brain-boosting benefits.

Overall, the study suggests that high-quality animal protein may be protective for your health as you age. It certainly wouldn’t be the first time this has been revealed. In 2012, for instance, research showed that, among people aged 70 to 89, those with the highest protein intake reduced their risk of mild cognitive impairment by 21 percent.

However, as the researchers pointed out, the featured study was observational, which means it simply shows a relationship between animal protein and decreased functional decline – it does not show a cause-and-effect relationship. So it may very well be that the diets of those eating more animal protein were also lower in carbohydrates and, perhaps, higher in healthy fats, than those eating fewer animal proteins.

This is only speculation, of course, but typically when protein is reduced, carbohydrate intake tends to increase, which may be detrimental for your health, especially as you age.

Is Protein Protective? How Much Protein Is Ideal?

There’s no doubt that high-quality protein is an important part of any diet, including an anti-aging one. However, you do need to be careful to not consume too much. Please understand that the average American consumes anywhere from three to five times as much protein as they need.

Protein is generally encouraged as being a healthy choice, especially if you are swapping it for refined carbs, but I believe it is the rare person who really needs more than one-half gram of protein per pound of lean body mass. Those that are aggressively exercising or competing and pregnant women should have about 25% more, but most people rarely need more than 40-70 grams of protein a day.

To determine your lean body mass, find out your percent body fat and subtract from 100. So if you are 20% body fat you would have 80% lean body mass. Just multiply that by your current weight to get lean body mass. For most people, this means restricting protein intake from 35 to 75 grams a day. As mentioned, pregnant women and those working out extensively need about 25% more protein though.

When you consume protein in levels higher than recommended above, you tend to activate the mTOR (mammalian target of rapamycin) pathway, which can help you get large muscles but may also increase your risk of cancer. There is some research that suggests the “mTOR gene” is a significant regulator of the aging process, and suppressing this gene may be linked to longer life. Generally speaking, as far as eating for optimal health goes, most people consume too much low-quality protein and carbohydrates, and not enough healthy fat.

Healthy Fats and Lower Carbs Are Beneficial for Most People

If you’re interested in staying sharp even in your old age, the research is convincing that a high-carb diet should be avoided. According to recent research published in Neurology, chronically higher blood sugar levels have a profoundly negative influence on cognition, which the researchers believe is “possibly mediated by structural changes in learning-relevant brain areas.”

One of the most important aspects of the study, however, was that these negative effects occurred even in people without type 2 diabetes, which suggests even if you’re “healthy,” keeping your blood sugar levels lower than what is typically considered “normal” is probably still best for your brain health.

It’s becoming increasingly clear that the same pathological process that leads to insulin resistance and type 2 diabetes may also hold true for your brain. As you over-indulge on sugar and grains, your brain becomes overwhelmed by the consistently high levels of insulin and eventually shuts down its insulin signaling, leading to impairments in your thinking and memory abilities, and eventually causing permanent brain damage.

When you lower the amount of carbohydrates (particularly from grains and sugars), be careful with replacing them with excess amounts of protein. Instead, replace them with healthful fats. Beneficial health-promoting fats that your body—and your brain in particular—needs for optimal function include organic butter from raw milk, clarified butter called organic grass-fed raw butter, olives, organic virgin olive oil and coconut oil, nuts like pecans and macadamia, free-range eggs, wild Alaskan salmon, and avocado, for example.

Dr. Ron Rosedale first mentored me in the importance of insulin resistance and a moderate protein (and high healthy fat) and low-carb diet. Most low-carb advocates were very accepting of, if not promoting, high protein, and protein was, and still is, often recommended as a replacement for the carbs. However, a high-fat, low-carb diet is very different than a high-protein, low-carb diet and this is a major source of confusion by both the public and researchers when doing studies and publishing conclusions.

A Healthful Anti-Aging Diet: What to Eat

Getting back to the featured study, it’s possible that eating more animal protein benefitted the men as they grew older. Or it could be that what they weren’t eating (like excess grains and sugars) was responsible. Or it could be a combination. There were too many unknown elements to say for sure, and this is true of much dietary research being done today.

Your best bet is to modify your diet based on the way humans have been eating for ages, which is to focus on whole foods, moderate protein and healthful fats, and minimal amounts of more recently cultivated foods like grains and sugars. It would make sense that the majority of your diet should be comprised of good fats, followed by good proteins like whey protein concentrate from grass-fed cows, and organic grass-fed beef, pastured organic eggs and chicken, and fish like wild-caught salmon.

Your body does need some carbs, of course, and your healthiest option is to ensure your carbs come primarily from fresh, organic vegetables as well as small amounts of fruit, if you are healthy and your insulin levels are optimized. I now believe that cycling through higher levels of healthy carbs is probably a useful strategy, as it more closely replicates our ancestral feast or famine eating patterns. Most everyone today is in constant 24/7 feast mode, which we know is unhealthy, but the converse, constantly fasting, may have its own dark side.

Confused About Your Diet? Watch This Video

Dietary advice can be a bit of a moving target, as everyone has unique nutritional needs and what’s “best” is a highly controversial topic in the media. To be most beneficial, dietary advice needs to be regularly revised based on new research and increases in wisdom from personal explorations of applying this research. There are some dietary basics that are foundational, which I believe will likely never really change, at least in our lifetimes, such as avoiding processed foods and limiting sugar intake as much as possible. But virtually everything else is evolution in process. The challenge is to keep up-to-date with it all and have a process that allows you to integrate this information using an easily digestible format.

That is one of the primary reasons behind the compilation of my nutrition plan. In the ’90s, I rejected the idea of writing a book, as by the time it was printed, it would be out of date. That is one of the reasons I chose to focus my efforts on the Internet. I strongly recommend reviewing my nutrition plan whenever your schedule allows. It is a very detailed and comprehensive program – it’s basically an entire book in multimedia format. The plan is divided into three stages: beginner, intermediate, and advanced.

If you realize you’re already doing all the things included in the beginner’s phase, then it may be time to move on to the next phase. If you’re new to the site, I encourage you to go through it from the beginning, as it is one of the most powerful tools to truly allow you and your family to take control of your health and stay strong, both physical and mentally, even as you get older.

*Image of “dinner” via Shutterstock