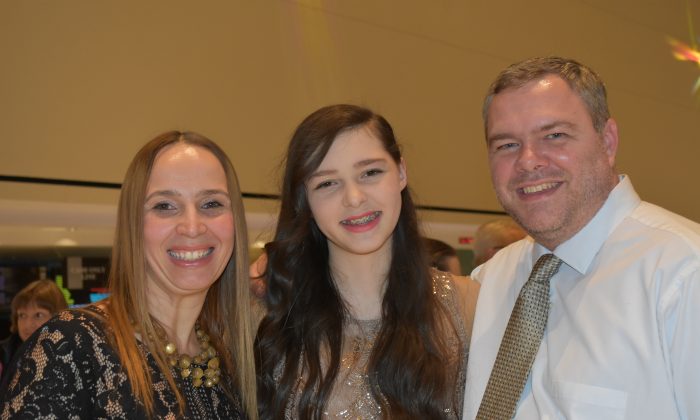 James said he enjoyed the stories depicted by the dance company and was particularly impacted by the meaning behind some of the scenes portrayed on stage.

“It was nice to see people standing for their faith,” he said

“I think their faith showed through [in] their performance.”

Standing Up For Faith

Shen Yun Performing Arts, which performed at Eisemann Center in Richardson, Texas, as part of the North American leg of its 2019 world tour, is the premier classical Chinese dance company whose mission is to revive 5,000 years of traditional Chinese culture through music and dance.

This traditional culture was transmitted uninterrupted in China until the Chinese Communist Party (CCP) took control of the country in 1949. China’s traditions and beliefs, including Buddhism and Taoism, were targeted through a series of political campaigns, culminating in the Cultural Revolution of the 1960s and 1970s which sought to systematically destroy Chinese culture and replace it with atheist Communist dogma.

Shen Yun’s portrayal of the persecution of spiritual discipline Falun Gong in China represents how spirituality, which is inextricably linked to Chinese culture, is currently still suppressed under the communist regime. Falun Gong, also known as Falun Dafa, is spiritual practice consisting of meditation exercises and ancient teachings centered around the principles Truthfulness, Compassion, and Forbearance. The practice was banned by the CCP in 1999 after its popularity peaked to around 70 million in the 1990s, causing it to be perceived as a threat to the regime’s one-party rule.

Suyney was also inspired by the courage depicted in those stories.

“They [practitioners of Falun Gong] were standing up for what they believe, without fear,” she said.

“This is not a possible thing for them to do in China. But they still find a way to stand up for their beliefs, and the courage to show off their faith.”

These modern-day tales moved both Suyney and Maeve, who were able to sense a message of hope despite the sometimes heavy content.

“It was a message of hope, especially the parts talking about communism, when they couldn’t dance that in China and they’re able to do that here,” said Suyney.

“It’s a message of hope for other people that through dance and through music, the message could come across,” she said.

Tenth grader Maeve said, “There was a sense of peace through the show, through all the trials they’re going through. They’re able to overcome that and kind of celebrate it.”

Maeve, who is the champion harpist for Garland Independent School District near Dallas, Texas, said she was interested in Chinese music and enjoyed the unique Shen Yun orchestra that mixes both Western and Chinese instruments.

“Being able to hear the orchestra was really fun, but also hearing the more Chinese instruments,” Maeve said.

“I’ve listened to a lot of traditional Chinese music, and it was fun to see the blend between those.”

As she is also a dancer, Maeve said she was able to connect both the music and dance aspects.

Her overall verdict for the performance: “I absolutely loved it. It showed an amazing amount of technique in all the dance. And the music was very good. And the musicality they had was just amazing.”