Professor of Medicine on Shen Yun Music: ‘This music is a healer’ 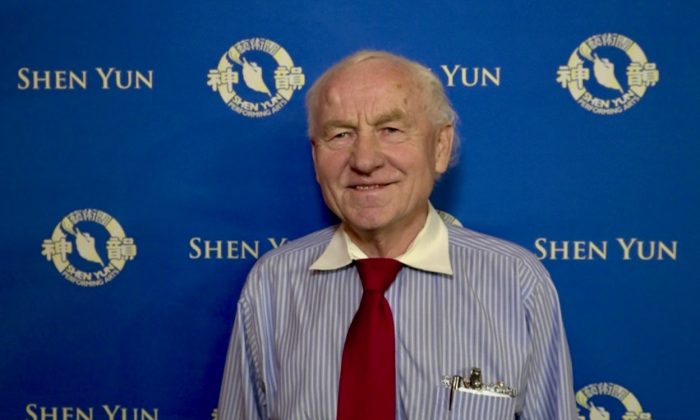 “It was greatly, greatly surprising. … They were capable to cover a broad historical spectrum of the Chinese culture, going back thousands of years, and coming up to our days of Communist Party [in China, in the scenes showing the ongoing suppression under the Communist Party in China].”

“So it is this capacity of bringing this variety of cultural directions, movements, spiritual values, artistic values of course , and of course some cultural … values—this is very impressive; how they are capable, in addition, to combine these beliefs, spirituality, using … technology [use of patented digital backdrops], bringing [characters] from the sky—and be capable to bring this very high aspect, spiritual aspect of this show.”

“The art of dancing, the choreography, are absolutely spectacular, [as well as] going throughout China and coming into central [plains], mountains. It is absolutely impressive.”

“It is a [multi-dimensional] show, with several, numerous aspects, coming together. … I’m a reader, I read a lot about the whole world and cultures. But still it’s really surprising how rich this Chinese culture is [shown in Shen Yun], its various aspects starting with the spiritual, ending on dancing or fighting in the war. Absolutely, absolutely beautiful.”

“This music is a healer. This is of course a placebo effect sometimes, but it has power [to have an] impact on patients’ healing. … This music also is lifting their feeling, bringing their suffering down to ground zero. It is absolutely, absolutely spectacular.”

“Of course the patient has to be a believer, [believe in the] effect of this musical healing. … If they’re believers, they will be healed.”