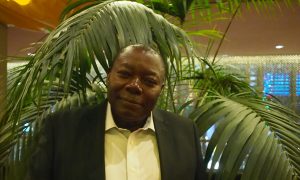 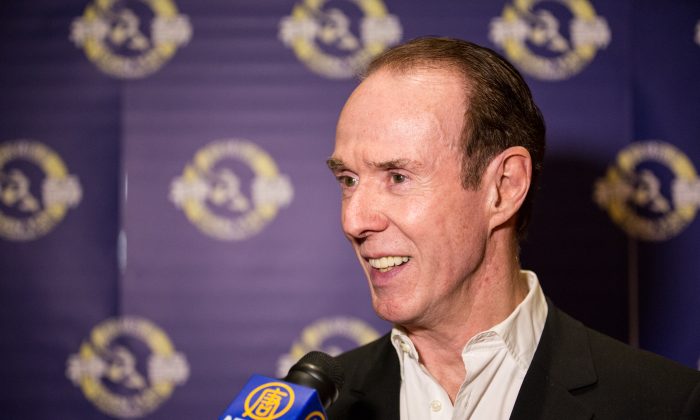 Professor Pierre Charbonneau sees his life as a journey toward spiritual understanding, and at Place Des Arts in Montreal on Jan 7, 2015, he found in Shen Yun Performing Arts a pinnacle of achievement in bringing this spirit to the performing arts. (Evan Ning/Epoch Times)
Arts & Culture

MONTREAL, Canada—Professor Pierre Charbonneau is on a spiritual journey. He is seeking beauty, goodness, and truth. It is a pursuit some pragmatists might dismiss as idealistic or naive, but one that would have been held in high esteem in the bygone days of the longest continuous civilization in the world.

Mr. Charbonneau is a pedagogical adviser, a teacher’s teacher, and on Jan. 8 at Montreal’s Place des Arts he took in a performance by Shen Yun Performing Arts, a classical Chinese dance company working to reviving 5,000 years of divinely inspired culture.

It’s a culture nearly lost after the Chinese Communist Party came to power 65 years ago, but in Shen Yun’s performance it was fully evident, and Mr. Charbonneau expressed his profound gratitude.

“It was beautiful, it was good, it was truthful. There’s no better quality than that,” he said.

“When I speak of beauty, goodness, truthfulness, it’s a saint that attributed these qualities to God. So when I attribute these qualities that were attributed to God to a performance on beauty, goodness, truthfulness, I cannot express the sense that I got in this performance. The beauty that was displayed and all the creativity behind it, all the interactions with the background screen, it was all done so well.

Mr. Charbonneau read the Shen Yun pamphlet he received very attentively, twice, before coming to the show. He wanted to know what it was about; what he read promised something beyond simple dance and music.

“Compassion, loyalty, and virtue lie at the heart of traditional Chinese culture. Nearly lost under communist rule in China, this glorious heritage is finally being revived and shared around the world,” reads one of the pamphlets promoting Shen Yun.

“There are spiritual elements in this performance as it’s been described, but I also felt it when I saw the performance,” Mr. Charbonneau said.

That spiritual element is one of Shen Yun’s hallmarks, and it was also the hallmark of traditional Chinese culture before the Chinese Communist Party attempted to stamp out that culture. Notably, the decade-long Cultural Revolution that began in 1966 was catastrophic for China’s traditional culture. Ancient relics were destroyed, paintings, classic books and scriptures were burned, temples and statues were smashed. The culture was never the same again.

Before that, principles like benevolence and justice, propriety and wisdom, respect for the heavens, were the essence of traditional culture. These are among the values that originated from Confucianism, Buddhism, and Taoism, the three religions that were the bedrock of Chinese civilization.

“Compassion, love, helping each other, in fact, all the human values that are beautiful, that are invisible but that human beings can possess that are most precious and China had them in the first few thousand years. It’s unfortunate that communism destroyed this freedom of expression and of religion.”

“There was music that elevated us and it’s the soul that we discover in ourselves. It’s not just the beauty of the heart, but it’s a part of our soul that one discovers as part of this performance and you know, discovering a part of one’s soul that we didn’t know existed. It’s a unique moment in a life and I experienced it tonight.”

“Please excuse me for my emotions,” he said, tears welling in his eyes.

The music was provided by Shen Yun’s unique symphony orchestra that has traditional Chinese instruments playing the melodies over a classical western orchestra. There were also two vocal soloists and an erhu virtuoso.

Mr. Charbonneau said he could write 50 pages about the performance.

“I watched the performance as a whole because I wanted to really discover dance,” Mr. Charbonneau explained. He did that by focusing on a single dancer so that he could better understand the performance through the dancer’s gestures.

Classical Chinese dance emphasizes “bearing,” or the inner spirit of movement. According to Shen Yun’s website, bearing “is formed by a combination of something resembling cultural DNA or an ethnic flavor in Chinese people’s bones, together with the heritage of 5,000 years of Chinese civilization. Bearing emphasizes internal spirit, breath, intent, personal aura, and deep emotional expression.”

“It wasn’t just dancing to dance, it was dancing to express,” said Mr. Charbonneau.

He saw in the dance movements qualities he recognized from theatre, gymnastics, even figure skating, revealing the profound impact classical Chinese dance has had since antiquity.

“I laughed because I understood it’s 5,000 years of China that we get in this performance,” he said. “I saw plenty of things that I recognize but that I didn’t know originated from classical Chinese dance.”

Mr. Charbonneau said that while watching the Shen Yun, he found himself in a comfortable place.

“I like all that is beautiful and good and truthful especially. My choice is all that is truthful and there was plenty of that. I didn’t see any lies in all that I saw tonight.”