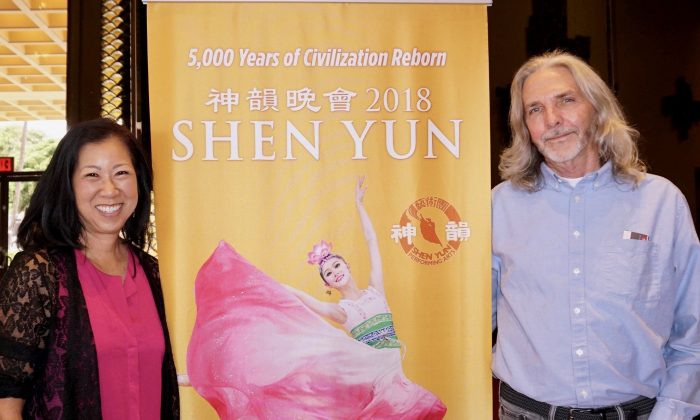 “We loved the show. It was beautiful—so well choreographed.”

“The music was beautiful. The orchestra is great.”

“I thought that [the blend of Eastern and Western instruments] was very good, and I really enjoyed—the erhu. It was beautiful, and I was amazed how much tone and sound could come out of two strings. I can’t get that out of six strings.”

“[The orchestra are] wonderful. It almost didn’t sound like they were live, it was so good, so perfect. … The sound filled the room, very nice.”

“I think the conductor did a wonderful job, and it’s nice to see a woman conductor.”

“He [the tenor] was really good. I didn’t know that that was going to be part of the show—he has a very powerful voice.”

“[Shen Yun is] colourful, well-choreographed, and the dancing and the costumes are beautiful. The music is perfectly timed with the performance, you learn about some of the culture. I’m going to recommend this to my friends. I know they’re only here two more performances. We live on the island of Maui, so we came over for this. We had to fly over for the show.”