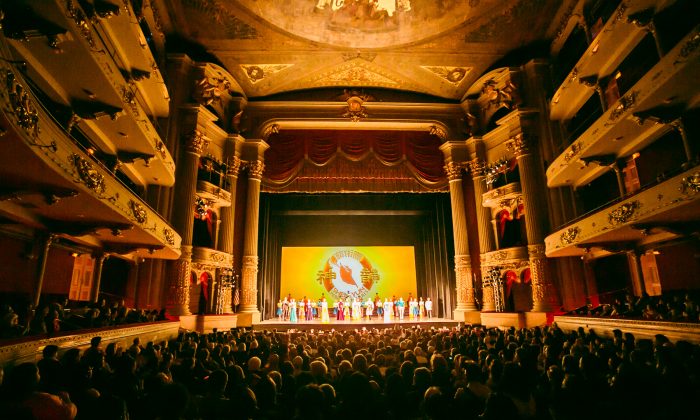 PHILADELPHIA—David Kee knows that a properly working instrument is a musician’s intimate partner in creating art. Mr. Kee plays flute, saxophone, and clarinet professionally, but more of his time has been spent cultivating himself into one of the top flute repair experts in the eastern United States.

On Jan. 10, he took his family to see Shen Yun Performing Arts at the Academy of Music where he heard a symphony of partnerships between musician and instrument like no other.

New York-based Shen Yun is the world’s premier classical Chinese dance company. Its mission is to revive for all of humanity 5,000 years of Chinese culture that was all but lost after three generations of communist rule. Each dance is accompanied by an orchestra with a unique twist.

Shen Yun takes a full Western orchestra and blends with it the distinct tones of traditional Chinese instruments producing an entirely new sound.

“Its different modes of music and different scales are a little bit different, so I can hear the mixture of the classical Chinese instruments with the Western instruments. … It’s very good,” said Mr. Kee.

Mr. Kee is a certified technician for Straubinger, Wm. S. Haynes, and Muramatsu flutes, which he traveled to Japan to perfect. His expertise is much sought after, including his being invited by the National Flute Association as a Muramatsu technician.

Among the ancient instruments Mr. Kee heard on Sunday was the dizi, or bamboo flute, the most popular of the traditional instruments. Shen Yun also features “the king” of Chinese folk instruments, the pipa—a Chinese lute often seen being plucked by heavenly maidens in traditional paintings. The 4,000-year-old erhu, or Chinese violin, is unmistakable in a Shen Yun performance. With only two strings, the erhu can communicate a huge range of emotions, plus sounds as diverse as birds chirping or horses neighing.

“Ancient Chinese instruments such as the soul-stirring erhu and the delicate pipa lead the melody on top of a full orchestra of Western strings, percussion, woodwinds, and brass,” says Shen Yun’s website.

Mr. Kee is the vice president and chief master technician at the Flute Pro Shop in Delaware. His business partner Joan Spark, a professional flute player, came to see Shen Yun the night before.

“The music is wonderful and fresh,” Ms. Spark said.

Shen Yun has four dance companies that tour the world and each is accompanied by a full orchestra with the same signature marriage of East and West.