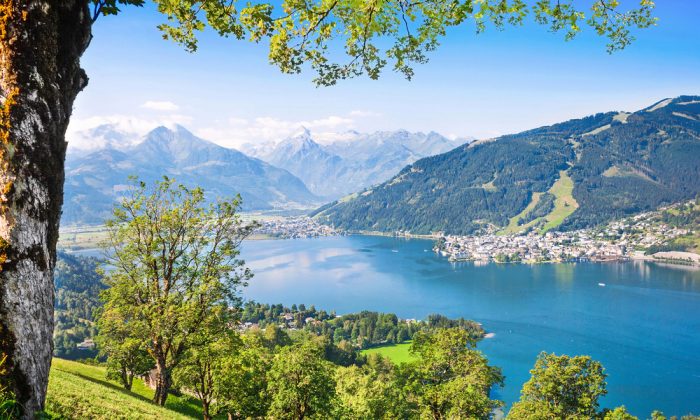 “Dwell on the beauty of life. Watch the stars, and see yourself running with them.” —Marcus Aurelius *Shutterstock
Alternative Health

By Joshua Becker
Print
Five years ago, I was introduced to minimalism by my neighbor. It was a short conversation, only a few sentences long.

I had been working most of the day cleaning up the garage and began complaining to her about the time and energy that goes into owning a home. She responded with a simple sentence, “That’s why my daughter is a minimalist, she keeps telling me I don’t need to own all this stuff.”  At the time, it sounded like a completely revolutionary idea: intentionally live with fewer possessions and own only necessary things for life and purpose.

It felt like it was the first time anybody had ever invited me to own less stuff. I jumped in right away. Minimalism and its promotion became one of my greatest passions in life. And I owe it all to one short conversation with my neighbor, June.

I have often referred to that conversation as the first time anybody ever invited me to live with less—the first time somebody told me I didn’t need to own everything. But in reality, I’m not sure that’s true. In fact, as I look back over the course of my life, I can now see there were a number of people trying to make the same argument.

There were, indeed, numerous people introducing me to the idea of living with less—even from a young age. But looking back, each of them always stressed the negative consequences of materialism rather than the positive benefits of minimalism. Simply put, they warned me against materialism rather than inviting me to minimalism. And there is a big difference (for instance, none of their warnings ever stuck).

There is often a need to consider both the positives and negatives of a decision as we seek to live our lives effectively. And whether we are speaking into the lives of our children, our friends, our co-workes, or our very own, we should be open to discussing both.

But I try hard to frame my conversations by focusing on the positive aspects of life-change rather than warnings against the negatives as much as possible. For various reasons, I have found this works very well both in printed word and spoken conversation.

This principle of speaking positively is important in promoting simplicity. But it is also important in any and every interaction where we seek to expand influence in our life and the lives of others. Embrace it.

You will find your influence expand. And your own personal attitude towards life will improve as well.

Joshua Becker is the founder and editor of Becoming Minimalist where he inspires others to live more by owning less. Read the original here.

*Picture of  landscape from Shutterstock.com