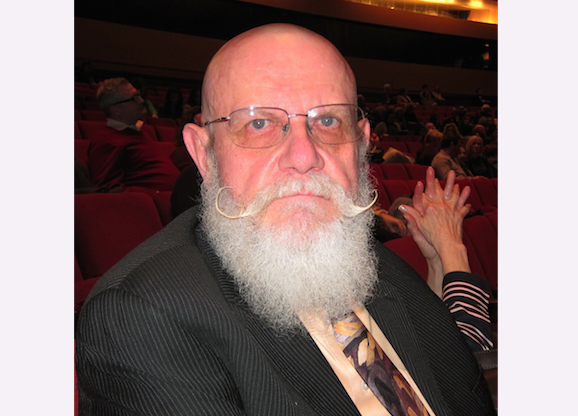 Don Reichert, Deputy of Director of Policy at the Army Center for Substance Abuse Programs, was impressed with the Shen Yun performance he saw in Louisville, Ky. (Joan Wang/Epoch Times)
Company

Policy Director for U.S. Army Blown Away by Shen Yun

LOUISVILLE, Ky.— “I’m blown away,” said Don Reichert after seeing Shen Yun Performing Arts Touring Company at the Kentucky Center’s Whitney Hall, on March 23, the last of its two performances in Louisville this year. “The dance, the music, the visuals, it’s marvelous,” he continued.

New York-based Shen Yun was founded in 2006 by artists seeking to bring back the traditions and virtues of ancient China.

Mr. Reichert is the Deputy of Director of Policy at the Army Center for Substance Abuse Programs. He attended the performance with his wife, Ruth.

“I’ve been to Korea, but I haven’t been to China.” Mr. Reichert said. The Chinese “are much more spiritual people than we in the West think,” he said.

Pervading Shen Yun’s performance from the singer’s lyrics to the dancer’s movements, to the stories the dances depict, is an aura of spirituality. This is so because Shen Yun aims to do more than present surface level culture, but to reveal semi-divine culture long revered by the Chinese people.

Mr. Reichert feels that Shen Yun is seeping into the American culture too: “It’s been a lot of places it’s been advertised. I was at the RV show a couple of months ago and they had a booth there, so they are connecting with people all over.”

He feels this is important because China is a big country that we cannot help but deal with.

“While we are different spiritually and culturally, we’re all the same,” he said.

He said that we are alike in that we all quest for a better life, we all see good versus evil, and we all seek for truth and peace.