Pittsburgh Mayor Says Shen Yun Is ‘Beautiful in Many Ways’ 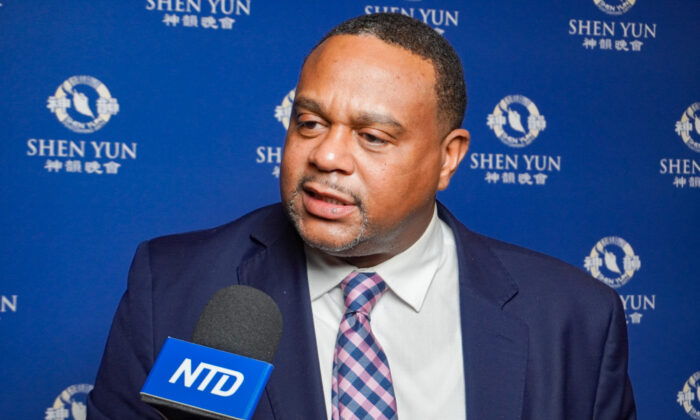 PITTSBURGH, Pa.—“I really enjoyed the power of overcoming—that message of overcoming, the whole situation where you never give up,” said Pittsburgh Mayor Ed Gainey.

You use your divine inner spirit to continue to grow, even in the midst of adversity.
— Mayor Ed Gainey

“It’s thought-provoking. You use your divine inner spirit to continue to grow, even in the midst of adversity. That came through large and I really appreciated that message,” he said.

Shen Yun is reviving China’s traditional culture which celebrates 5,000 years of spiritual and cultural teachings. It presents classical and folk dances and music which illustrate China’s illustrious past.

Gainey believed all history is great and that China’s divine culture, as portrayed in Shen Yun’s performances, should never be destroyed.

Shen Yun performers practice Falun Dafa, an ancient spiritual way that combines a series of gentle exercises with meditation and a belief system based on truthfulness, compassion and tolerance.

Gainey could see that the performers were inspired by their practice.

Gainey appreciated that Shen Yun had come to Pittsburgh and that he was able to attend.

People who came to see Shen Yun would be inspired, he said. “And I’m always about how do we inspire people because I believe when you inspire people you bring the best out of them.”

After the curtain call, the mayor presented the performers with a proclamation, thanking Shen Yun for blessing the city and for the wonderful performance.