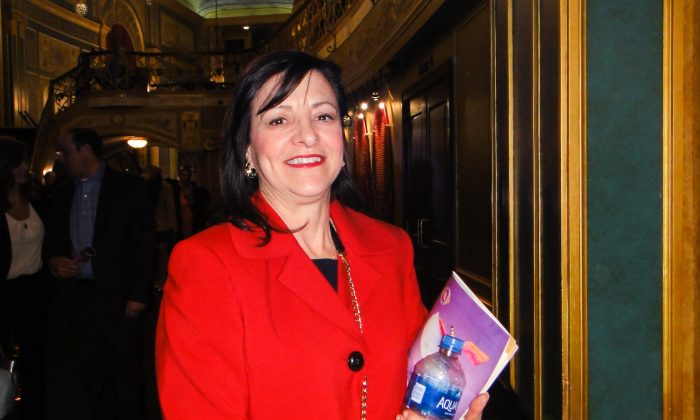 DETROIT—Virginia Graham felt happiness and joy after stepping out of the theater with her parents. She had just seen Shen Yun Performing Arts.

“The show was magnificent, the colors were extraordinary, the stories were just heartwarming, and it was just a beautiful, beautiful show,” Graham said after seeing New York-based Shen Yun at the Detroit Opera House.

Graham is a physician. She attended Shen Yun Performing Arts Global Company’s matinee performance with her parents on March 3. “I brought my mother and my father, and we thoroughly enjoyed it,” she said.

Shen Yun’s performers are the world’s foremost classically trained dancers. Each performance includes some 20 vignettes of classical Chinese dance, each accompanied with a unique live orchestra and animated backdrops.

“Oh my goodness, they’re acrobats, they’re ballerinas, they’re just incredible. The dance is just marvelous. I would recommend it to anyone, it’s just soothing, loving, it’s just a beautiful show for any age, anybody,” Graham said.

Graham talked about how much she liked the spiritual aspect of Chinese culture presented in several of the dances.

“I think the spirituality of the show could be transcended for anybody or anyone’s spiritual awareness, so I enjoyed that part of it as well,” she said.

The hosts of the performance, as well as the Shen Yun website, mentions that all the performers practice meditation in their daily lives.

“I absolutely can feel the energy just exuding from them as they move and turn and reach and it was just really, really lovely. I absolutely could feel it,” Graham said.

Happiness, joy, peace, and serenity were some some the words she used to describe the feelings this energy brought to her.

Because ancient Chinese culture is said to have been divinely inspired, many segments of the performance depict the interaction of celestial beings with humanity, and within that, many people find hope as they look toward the future.

Reflecting on the hope she felt coming through in the performance, Graham said, “You just really felt our God, our Savior, whoever you feel you believe in, is there for us and will guide and direct us and help us. So yes I really felt that was definitely there and I felt hopeful and energized by it that everything will be okay.”

With reporting by Xinxin Teng and Andrew Darin.