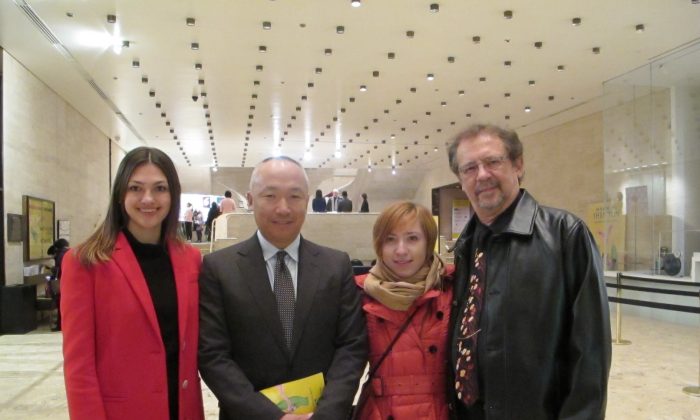 NEW YORK—As a photographer, John Gotman seeks to capture the human spirit. It is not really just a two-dimensional medium, he explains. It is art, and art is all about spirit.

When he attended Shen Yun Performing Arts, he saw that it “was full of spirit,” Mr. Gotman said at Lincoln Center on Jan. 16. He meant that there was no ego, no selfishness in the performers. And in accomplishing that, the performers had created the highest form of art.

By doing so they were were “expressing a philosophy of feeling from the heart,” he said.

“Ego is deadly to mankind. The performance was a celebration of salvation.”

Mr. Gotman explained that he reacted so strongly and so profoundly to the performance because he has dedicated his life to seeking the truth. In New York-based Shen Yun, he found it.

The company was formed by artists a decade ago in order to revive traditional Chinese culture, a divinely inspired culture that spans 5,000 years. With it, the culture brings art forms like classical Chinese dance, principles rooted in religions like Taoism, and the belief that heaven, earth, and humankind should be in harmony, as the Shen Yun website explains.

The artists seek to demonstrate this on stage, and Mr. Gotman felt it come through. Therefore, Shen Yun “is a philosophy, it’s a belief, it’s an art form, and salvation,” he said.

And this is truth, he said, because of the feeling he got from the performance.

“The whole feeling, when you finish a piece, is freedom. And in freedom there’s truth, and in truth there’s salvation,” he said. “It was from the heart. That’s what I saw.”

“It was all pure and heartful and truth,” he said.