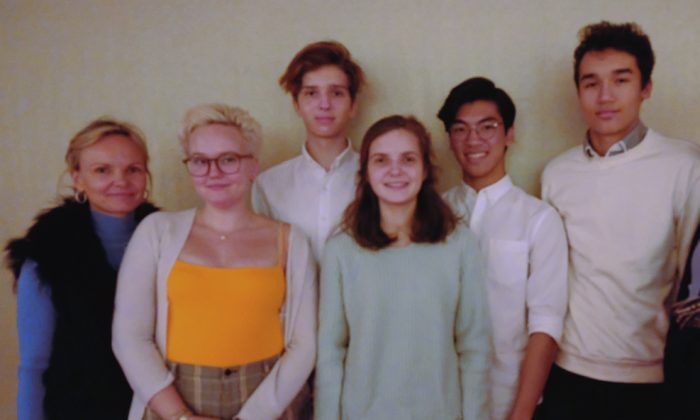 NEW YORK—Philanthropist and patron of the arts, Monika McLennan, attended the opening night performance of Shen Yun Performing Arts at the David H. Koch Theater at the Lincoln Center with her family and friends. Her son has been begging her to take him since he was 8-years-old. And finally this year, for his 18th birthday, his wish came true.

After experiencing the performance on Jan. 10, Monika thinks it’s important for young people to have the opportunity to absorb the culture in different ways. And Shen Yun, through music and dance, accomplished this.

New York-based Shen Yun was established with a mission to revive China’s semi-divine culture and traditional values through performing arts. Traditional Chinese culture was nearly destroyed by six decades of communist rule, according to the company. The performance is not afraid to showcase themes and values that are in stark contrast with the ideology of the Chinese Communist Party.

Many of these themes and values like spiritual devotion, the benevolence of gods, good and evil retribution, and the search for the meaning of life have appeared in the various stories throughout the performance. For thousands of years, the ancient Chinese regarded these values highly, having been influenced by Buddhism, Taoism, and Confucianism. These stories inspire people positively and are unconcerned with politics, according to Shen Yun.

“[What] China wanted to hide has been depicted on stage,” Monika said, adding that she was surprised by the message. “I didn’t quite realize that I would be taking the kids to see something so powerful.”

She said she was interested in seeing what her teenage children thought about these themes and the performance overall.

“I thought it was excellent. I thought the difference of genres of dance, over the different time periods, is very, very cool. Especially when they’re balancing stuff on their head,” her son James said, referring to the piece “Porcelain in the Balance.”

His 16-year-old sister, Denise, praised the choreography. She said, “You can see so much attention to details had been paid to every little scene and all the video in the background.”

Monika’s other daughter, Emilia, was amazed at how they could create a completely new production every single year.

Shen Yun has six equal-sized companies that tour the globe and will perform in over 100 cities. Every year the company develops a completely new production that showcases different aspects of China’s long history. A unique feature of Chinese civilization is that its history has been documented and passed down uninterrupted for 5,000 years. Shen Yun draws from a vast amount of source material from literature, poems, and historical records.