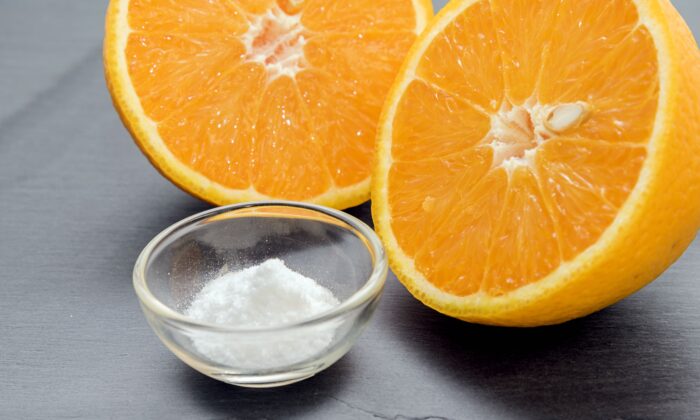 Many of us reach for vitamin C for any cold or flu. But Dr. Andrew W. Saul says doctors who use vitamin C to help patients suffering from COVID-19, and protect others from getting sick, often face intimidation and censorship from federal authorities.

Saul is the founder and editor of the Orthomolecular  Medicine News Service—an organization that promotes the use of substances natural to the body to address illness. Since January, Saul has sent out several press releases to share studies and clinical evidence demonstrating success treating COVID-19 with Vitamin C. But he says his message is repeatedly censored.

In part one of this article, Saul discussed doctors who pioneered the use of vitamin C therapies throughout the 20th century, including Dr. Frederick Robert Klenner and Dr. Robert Cathcart. In part two, Saul discusses some of the obstacles today’s doctors face with vitamin C, despite a solid track record of safety and efficacy.

Epoch Times: Since we’ve known what high doses of vitamin C can do since the 1940s, why don’t more doctors know about it?

Dr. Andrew W. Saul: Doctors go to medical school and they learn a lot about medicine, but they get very little information about nutrition. And what they do get basically says, “Vitamins are wasted money and they don’t work and they’ll hurt you.” But that’s not true.

So, where is this coming from? Well, the pharmaceutical industry has a lot of influence on medical education, and this is well known. Dr. Marcia Angell, the former editor of the New England Journal of Medicine, wrote a book called “The Truth About the Drug Companies” years ago. She exposed the whole racket of how medical school and medical research are controlled by pharmaceutical money. But there’s not a lot of money in researching vitamin C.  You can buy almost half a million milligrams of vitamin C for $15.

Obviously, it’s much cheaper, but it isn’t just about money. It’s about egos. It’s about ignorance. And it’s about well-meaning people who can be wrong.

The whole purpose of science, media, and government is to discuss everything. I think the Founding Fathers wanted to be able to talk about anything, and that’s why we have the First Amendment. But what’s going on right now is that the World Health Organization specifically met with Google, Facebook, Amazon, and other media brokers and asked them to stop allowing this information to be spread in relation to the coronavirus. This information is being deliberately blocked, and if you post it, they will put you in Facebook Jail, which means you’re not allowed to post anymore. I’ve been there so I speak from experience.

Firsthand reports by physicians are decried as fake news. This is a tremendous moral issue right now, and free discussion of this is not allowed. It is a very serious matter when doctors are fighting a disease that they have no vaccine for, they have no drug to cure, and they’re fighting it with one hand tied behind their back because they are being kept from this information.

The good news is the word got out. When we published the preliminary results of the work in China, we got it out before the censors got to us. So we had a few weeks before the boom was lowered, and it spread like wildfire. Vitamin C was suddenly sold out all around the world. It became very difficult to find, and impossible in some cases.

More and more doctors are now doing this. But some doctors are getting in trouble for using vitamin C because the party line is that you may not do that.

These so-called raids (on the offices of doctors treating patients with vitamin C) are deliberately done to intimidate doctors because they are afraid of losing their medical licenses. But it’s more of a political than a medical situation. I know a number of doctors who have been under the gun because they dare to use vitamins, but if you have enough money, energy, and time, you can push this and you’ll win.

We have something right now that actually makes it easier. In 2017, President Donald Trump signed into law the Right to Try Act. This is a federal act that says that people who are in desperate straits can have any medical treatment they want, basically. And that would include using vitamin C for COVID-19.

People are afraid of dying. And what kills people with COVID-19 is the escalation to pneumonia or SARS. Massive lung inflammation and shut down is what kills people. This is why they’re put on ventilators. This is why it’s such a terribly serious disease. But pneumonia, influenza viruses, and SARS have been with us for a while and we’ve never shut down the country because of them. The trick here is to keep someone from dying. And vitamin C has been very well studied in regard to pneumonia. Most people don’t know this, but there was a study that was done that showed that even a very small amount of vitamin C given to severely ill elderly patients with pneumonia in hospital reduced the death rate by 80 percent.

Now this study used vitamin C, not even by IV and not even a mega dose, but 200 mg per day. That’s just a little more than two times the U.S. RDA for an 80 percent reduction in death. We’re talking about an astonishing benefit with vitamin C even in modest doses. The public needs to know this.

Epoch Times: What’s the difference between vitamin C that comes from food and what doctors are using in these high dose therapies? Because it would take a lot of oranges just to get 1000 mg of vitamin C.

Dr. Saul: Synthetic vitamin C makes it readily available to anyone. It’s cheap, but fruit is not. I wish it were, but let’s face it.

If someone tells you ascorbic acid is bad, take a look and see if they’re selling something. I have no financial connections whatsoever to the vitamin supplement industry.

Epoch Times: So how much should we be taking?

Dr. Saul: So take enough vitamin C to keep you well. If you’re not well, Cathcart would say take more. How much more? Take enough that works for you. We’re all different, and you’re different on different days. You’re different when you’re sick than when you’re well. So your amount of vitamin C varies, but bowel tolerance always indicates saturation. So you take enough to feel better, but not enough to cause loose stool. Take as much as you comfortably can.

To put that into approximates, the International Society for Orthomolecular Medicine has published these daily recommendations for prevention of COVID-19: