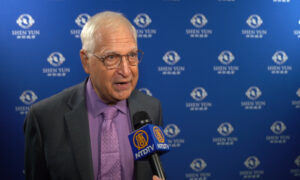 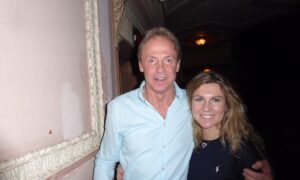 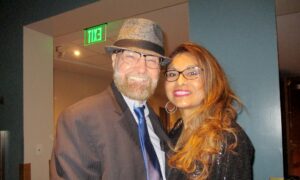 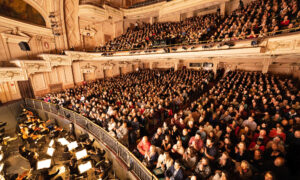 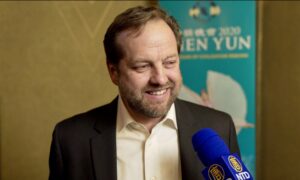 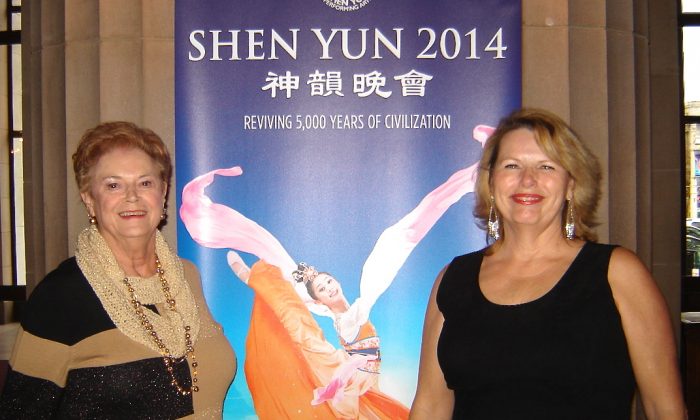 Mrs. Kirks, who paints on ceramics, had received tickets to Shen Yun as a present from her son, and was deeply inspired by the use of color in the production.

Based in New York, Shen Yun brings 5,000 years of Chinese civilization to life with music and dance, brilliant costumes, and a digital backdrop that transports the audience through time and space.

The performance brings various dynasties and regions to the audience, showing Tang Dynasty pavilions to undersea palaces, from the Mongolian grasslands to a vibrant Yao village.

“This color is interesting to me because of being an artist,” Mrs. Kirks said. “It is lovely; it is just beautiful.”

Every Shen Yun costume is a spectacle as well, giving the audience a sense of the divinely inspired traditional Chinese attire, and hundreds of pieces are used in every performance.