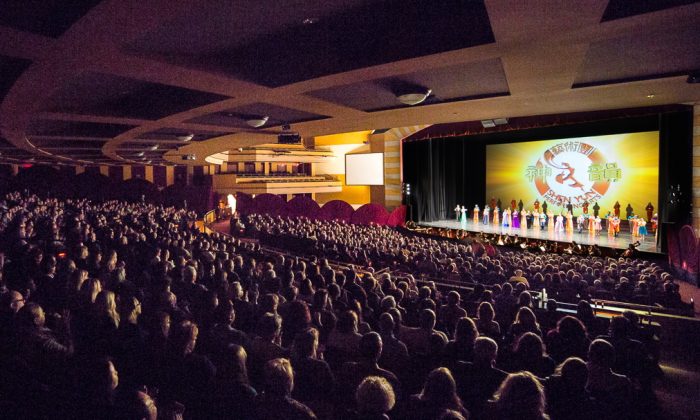 MILWAUKEE—Moncia Schneider and Bert Schneider teamed up to take a journey of 5,000 years of traditional Chinese culture through the eyes of Shen Yun Performing Arts World Company at the Milwaukee Theatre. They joined a packed house on March 6.

“It weaves a wondrous tapestry of heavenly realms, ancient legends, and modern heroic tales, taking you on a journey through 5,000 years of Chinese culture,” states the company’s website.

“The colors were lovely and the dancing. Obviously, it took a lot of study to create that,” said Monica. “So it was very nice to see.”

Shen Yun tours the world each season showcasing the authentic traditional Chinese culture, which was almost completely destroyed under communist rule, particularly during the Cultural Revolution. Being based in New York, Shen Yun has the freedom to express this culture to its fullest through the performing arts.

Monica stated that they “did learn a couple of things” with one being the “religious aspect and spiritual not being allowed … so that was interesting.”

Several of the nearly 20 dances that make up the evening’s program depict the current struggle in China of Falun Gong against it persecution at the hands of the Communist regime. Falun Gong (also known and Falun Dafa) practice meditative exercises and live by the principles of truthfulness, compassion, and tolerance.

“I learned a little more [about Chinese culture] so that was good,” Bert said.

He also found the values expressed by traditional culture to resonant with his culture.

“I’m just going to sense that there’s always good and evil, and it’s like which side wins. … There was always the ones that strove for the better things, love, acceptance, truth, all of that,” said Monica.

“And, the yin and yang in everything, you know everything balances out,” replied her brother.