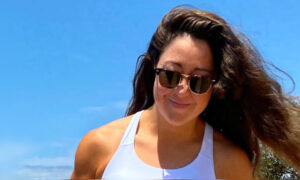 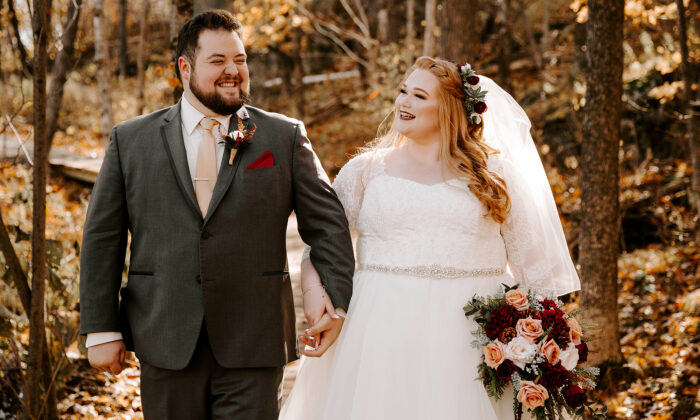 Overweight Couple Reveals How They Lost 200 Pounds in 10 Months: ‘Stronger Together’

In January 2020, a Minnesota couple looked forlornly at their reflections in the mirror and made a joint pact to lose weight together. Ten months later, the couple has lost a combined total of almost 200 pounds (approx. 91 kg) and gained a new outlook on life.

The couple, who married in 2018, had ambitions to start a family together. Stephanie, a photographer, had been overweight since childhood and knew something had to change if their shared dream was to come true, reported Today.

“Brandon had just gotten diagnosed with sleep apnea and I was just feeling awful,” Stephanie told Today. “My whole body ached every day.”

Fad diets had never reaped longevous results, so the Engbloms decided to think beyond the idea of a quick fix.

“We wanted this to be something where we could not only see results immediately but something we could stick to for ideally the rest of our lives,” Stephanie told the news outlet.

The couple started with small achievable alterations to their daily habits.

For Stephanie, that meant switching sugary coffee with whole milk for espresso with almond milk. For Brandon, that meant putting a healthy spin on favorite meals such as tacos and pizza. Ground turkey or chicken easily replaced ground beef, and Greek yogurt made a good substitute for sour cream, Stephanie revealed to Today.

Brandon, who works as an attorney, also chose to move away from carb-heavy foods toward protein-rich foods that would satisfy his hunger for longer.

“We use things like chickpea noodles for example rather than traditional pasta,” Brandon said. “[T]he difference in calorie load and protein you get out of that is just astronomical.”

Neither Stephanie nor Brandon believes in deprivation.

“You can eat everything you want still, just in moderation,” Stephanie said. “It’s more about portion size and being mindful of how much you’re eating.”

Rather than surrender to a hardcore strict gym routine, the couple got creative when it came to working out.

Besides light workouts, Stephanie told the outlet that they walk about a mile a day with their dog and turn domestic chores such as cleaning the house into a fun physical challenge.

In order to stay accountable to her goal, Stephanie took to social media to share her weight-loss journey.

Gaining almost 15,000 followers on Instagram, Stephanie shared weekly logs, food diaries, and personal insights with her followers, inspiring others while reaping the benefit of immense community support in return.

Stephanie said the shared weight-loss experience has strengthened their relationship.

“I feel like we’ve only gotten stronger together, and doing this with him has made it more possible than doing it alone,” she told Today.

The Engbloms both believe that establishing a routine is key, as motivation is a fickle friend.

“[I]t’s just a routine now,” Stephanie said. “Even on the days I’m not motivated, I’m determined to follow my routine.”

The couple advises anyone embarking on their own weight-loss journey to take it day by day.

“Make small changes,” said Stephanie. “It doesn’t have to be complete restriction from the get-go.”

For Brandon, the mindset of adopting a “new normal” is key. A day before Thanksgiving, Stephanie shared her most recent weigh-in on Instagram to celebrate her progress.

“For the first time since middle school, I have finally made it under 200 pounds,” she wrote. “So thankful for all of you.”