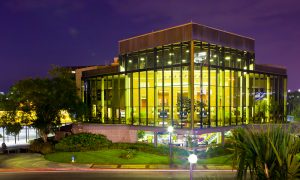 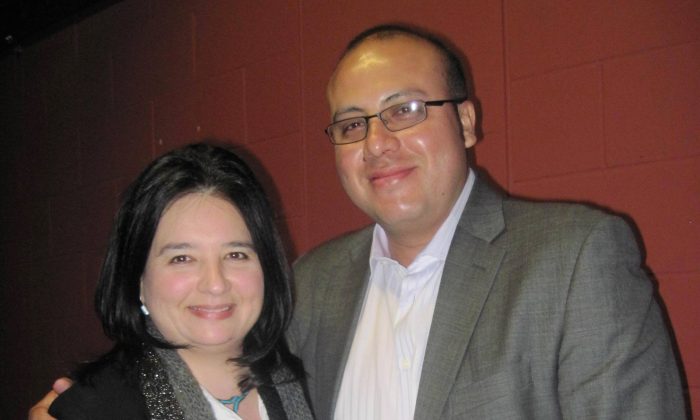 “I thought it was spectacular,” said Diana Bolivar, president of the Hispanic Chamber of Commerce of Metro Orlando. “I wish everyone here in central Florida would come to this [Shen Yun].” Ms. Bolivar and Luis Fabian Quevedo attended the Shen Yun performance at the Bob Carr Theater on Jan. 24, 2014. (Kerry Huang/Epoch Times)
City

ORLANDO, Fla.—The City Beautiful is about to enhance its natural beauty by hosting Shen Yun Performing Arts, which returns to Orlando with three performances at the Bob Carr Theater on March 27 and 28.

The engagement ushers in the second wave of performances in Florida, which is part of Shen Yun’s 2015 world tour.

Shen Yun has been a tradition in Florida since 2007. Based in New York, the company has already performed in Fort Lauderdale, Sarasota, Gainesville, and Jacksonville this season. The second leg of its Florida tour includes Fort Myers, St. Petersburg, Miami, and West Palm Beach.

What draws audiences worldwide to Shen Yun? Theatergoers describe their experience as uplifting, peaceful, energizing, magical, “a feast for the senses,” “palpable spiritual energy,” “a gift of the highest caliber,” “aesthetically rich,” “an enchanting dream,” as reported in the Epoch Times.

They marvel at the precision dancing, the rich costuming, an orchestra that blends Chinese and Western instruments, the unique animated backdrops, the heartwarming stories told through classical Chinese dance, the moving solo vocals. But Shen Yun is more than what meets the eye and ear.

Through story-based dances that present China’s myths, legends, and contemporary stories of courage and faith; uplifting lyrics; backdrops that lift the veil between heaven and earth, and the spirit of the performers themselves, Shen Yun touches theatergoers on a deep level.

China’s ancient culture is steeped in reverence for the divine and in moral principles—benevolence, justice, propriety, and wisdom, according to Shen Yun’s website. Shen Yun’s mission is to revive the traditional Chinese culture, which has been suppressed and eroded by decades under communist dictatorships.

“I thought it was spectacular,” said Diana Bolivar, president of the Hispanic Chamber of Commerce of Metro Orlando, when she saw Shen Yun at the Bob Carr Theater last year. “I wish everyone here in central Florida would come to this.”

“Immediately, as soon as the curtain opened, I was so emotional,” Ms. Bolivar said. “The feeling of love, and faith—I thought it was really nice how they connected the heavens and the earth. You come out with renewed spiritualism.”

‘You Have to See It’

Adriel Brunson, an independent video producer who also saw last year’s performance in Orlando, said: “I was moved, deeply moved. The message of compassion and peace that came out was really touching.”

“I could feel the performers,” he said. “It’s more than just a dance—there’s something actually moving with them.”

He said that theatergoers could enjoy the performance as entertainment and added, “But I could feel around me people were moved in a way that I don’t think they were expecting.”

Mr. Brunson said he would tell his friends: “You have to see it. It’s just that simple. You have to come see this. You have to feel it for yourself.”