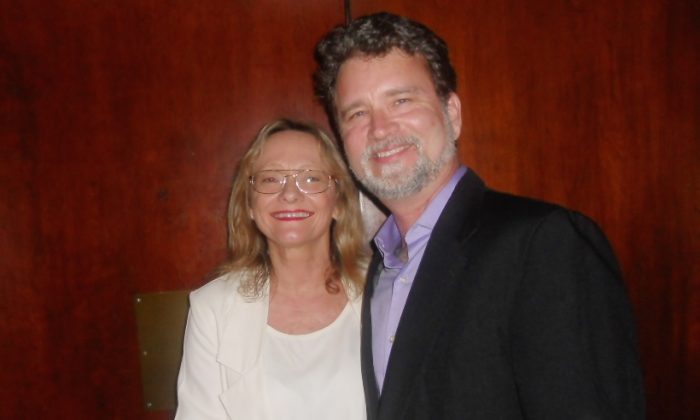 ORLANDO, Fla.—”I was expecting to be pleased, but it’s beyond [pleasing]—it’s amazing!” Larry Rayburn said of the March 27 Shen Yun performance at the Bob Carr Theater. Mr. Rayburn, the director of production for the Orlando Ballet, was accompanied by Lori Rayburn.

Mr. Rayburn said he had seen Shen Yun about six or seven years ago. “It was a fantastic show then, but it has grown tremendously—the detail, the work of the video [digital backdrops], the dances …, the choreography. Everything is just incredible. It’s amazing!”

“The dancing is tremendous,” he said, referring especially to the dance The Power of Compassion. “That was a very emotional scene. That was a whole gamut of emotions.”

“Other scenes are just beautiful and very romantic, and stirring stories. The scenes with the military … when they caught the arrows, [there was] strong emotion in that,” he said, referring to Capturing Arrows With Boats of Straw. “There are all different emotions in every piece!”

This dance is set in the time of the Han Dynasty, when three great armies are facing off on the banks of the Yangtze River. A clever military strategist devises a trick to capture the 100,000 arrows he needs. The story comes from the classic historical novel Romance of the Three Kingdoms, according to the program book.

Ms. Rayburn, a photographer, said, “I don’t think people realize how great the culture of China was and that it is the oldest, as far as civilization.” She said that China’s religious practices, like meditation, are “just such a large part of calming the soul.”

“The Creator, coming down from heaven—oh, that was beautiful!” she said of the opening piece, Following the Creator to Renew All Things. “The unity and the way it was presented were just beautiful.”

Mr. Rayburn said, “I can’t wait to put it on Facebook! It’s very emotional, and it’s a lot of traditional culture. The dance is the most professional dance. … It’s very, very impressive, professional, tight. The corps is all together. It’s incredibly professional!”