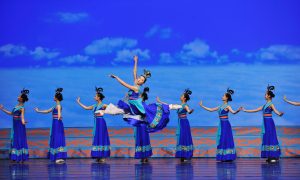 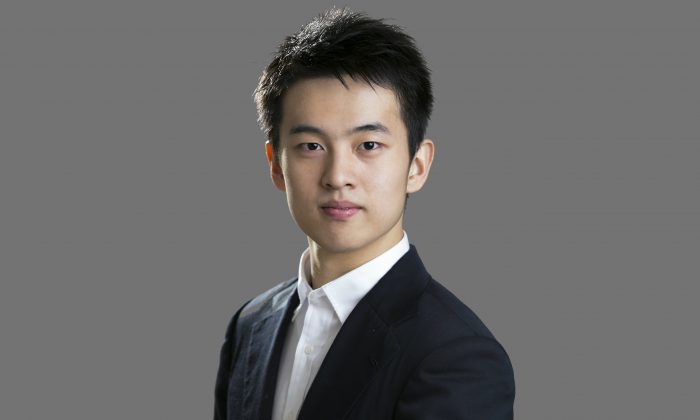 On Mastering the Expressive Qualities of Classical Chinese Dance

MOUNT HOPE, New York—Classical Chinese dance allows artists to portray a vast array of characters, and a master of the art is able to not just mimic the movements of characters, but to also take on the inner nature of the figure and relate these inner qualities to an audience.

Kenji Kobayashi has dedicated himself to this art. While majoring in the performance arts of classical Chinese dance at Fei Tian College, he has toured with Shen Yun in practicum since 2010 and performs at top theaters around the world. He is the first-prize winner in the adult male division of New Tang Dynasty Television’s 7th International Classical Chinese Dance Competition in 2016.

If you want to convey the feeling or the inner message to move people, you have to dance from your heart, from your mind, and then try to be like that person, that character you act.
— Kenji Kobayashi

“If you want to convey the feeling or the inner message to move people, you have to dance from your heart, from your mind, and then try to be like that person, that character you act,” he said.

Kobayashi is far from being shy, and isn’t afraid to go all out while portraying characters. This has been shown in his four years of playing the comedic and expressive character “Pigsy,” from the Chinese classic novel “Journey to the West.”

Pigsy is among the more famous characters from Chinese legends, and is defined by his lively, sometimes slapstick style. Kobayashi said the character needs to work in sync with others onstage, particularly the Monkey King, whom he described as almost an older brother figure to Pigsy; and to their master, the Monk Tang Sanzang.

While rehearsing, Kobayashi said that he and the other dancers will try to become their characters and to build these same connections to one another, so that “we are harmonized by teamwork, where it feels like actually disciple and master, and a family. You give the feeling of those together.”

When the curtains open, Kobayashi said, “I don’t think I am acting the person. I put myself into the character so I can feel what they’re thinking, what they’re feeling, what it is like to be in this kind of situation, what does he do, and then like I try to synchronize with the character.”

However, if an artist only portrays the surface behaviors of a character, then it’s only like wearing a costume, Kobayashi said. He said that to go deeper, “you have to feel the character from the heart, you have to figure out what they’re feeling, what they’re thinking. To be like him, that’s the hard part, but that’s the learning process of the character, and it can make yourself more sophisticated in performances from those experiences.”

A key part of classical Chinese dance is the refinement of inner bearing, or “yun” in Chinese, which allows each dancer to find their own unique style. Learning to master the portrayal of a character is a long process, which requires the dancer to both hone their skills and refine their inner bearing.

With this emphasis on character, and the belief that the emotions and inner bearing are reflected in the dance, Kobayashi said: “You have to be positive, to try to work hard, uplifting, energetic … through the dancing I learned how to be calm, how to control my emotion, how to be true to myself.”

“As a classical Chinese dancer, you have to find your true nature, and then to express yourself—your inner feeling,” Kobayashi said. “Then, for the acting part and the performing part, you need to be able to fit the character, the dynasty, the feeling; you have to become that kind of feeling or posture.”

Not only does each movement and posture contain these deeper qualities, but even the transitions between movements have their own unique traits and are rooted in traditional Chinese concepts such as the Taiji theory of the balance between yin and yang.

“Chinese classical dance emphasizes on circle, roundness, so from point to point you can’t just go and slash into the next point, you have to go like a half circle, then go to the point,” he said, noting that to go right, a dancer must first go left; and to jump, a dancer must first bend their legs and push off the ground. The result is a more harmonious and balanced movement.

“There is always the yin and yang, there is always something to prepare before that movement and before that technique,” he said, adding that “the force we use for dance, the movements, it’s all natural. It’s just how the human body naturally moves.”

Through the process of learning Chinese traditions, and studying the characters to portray onstage, Kobayashi said he has developed a deep appreciation for the traditions, which he tries to relay in his performances.

Kobayashi said that when he can achieve a state of compassion and the deeper values at the roots of ancient culture—these values shared by people—then the audience can empathize when these positive values are expressed.

“Chinese history is really vast,” he said. “Some people might think it is something of the past, but when you see our performances, I think you will find that true and beautiful essence of humankind and the earth, and the culture and gift that the Divine gave us. It is very glorious and precious.”