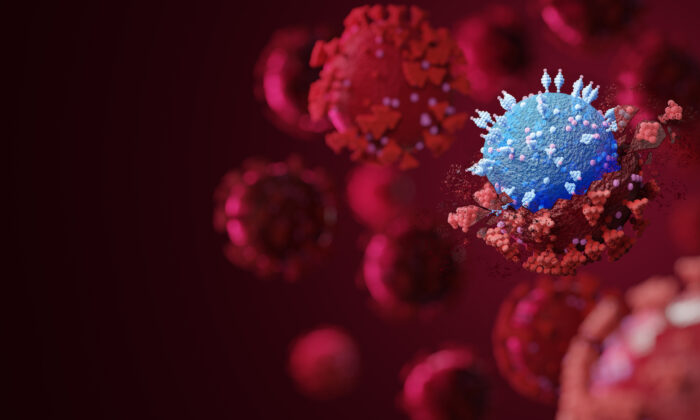 As experts call for more vaccines to fight omicron, the pandemic continues unabated
By Conan Milner

The latest installment in the COVID-19 saga is a variant of the SARS-CoV2 virus dubbed omicron. Labeled a “variant of concern” by the World Health Organization (WHO), omicron was first reported at the end of November, and quickly triggered worry and restrictions across the globe.

Omicron was first noticed in South Africa, but cases are now found all over the world, and it’s said to be more contagious than the original COVID-19 strain. Although the South African health minister said symptoms are mild and the reaction toward omicron is being overblown, there are fears that the variant may be far more deadly than the original version of SARS-CoV2.

Health officials are calling to combat omicron with the same strategy they’ve used to tackle the original COVID-19: more vaccines. On CBS’s “Face the Nation,” Dr. Scott Gottlieb, former commissioner of the U.S. Food and Drug Administration and current board member of Pfizer, says a booster offers the best protection available for omicron.

“If you talk to people in vaccine circles, people who are working on a vaccine, they have a pretty good degree of confidence that a boosted vaccine, so three full doses of vaccine, is going to be fairly protective against this new variant,” Gottlieb said.

Symptoms characterizing omicron include a scratchy throat, dry cough, and fatigue. But it’s not clear if the current crop of shots will be enough to keep omicron in check.

Consider the case of two Israeli doctors. Both received three doses of the Pfizer shot, but they also tested positive for omicron.

In fact, many omicron cases are found in fully vaccinated individuals.

It’s not unusual for viruses to mutate. The big concern with omicron is how much it changed. According to National Institutes of Health Director Francis Collins, this new variant has exhibited a record number of mutations that may interfere with vaccine effectiveness.

“We do know that this is a variant that has a lot of mutations—like 50 of them—and more than 30 of those in the spike protein, which is the part of the virus that attaches to your human cells if you get infected,” Collins said during an appearance on “Fox News Sunday.”

Some experts say a new shot is necessary. Moderna CEO Stéphane Bancel said the current COVID-19 vaccines aren’t as likely to be effective against the new variant as they have been against Delta.

But don’t expect a new product overnight. In an interview with the Financial Times, Bancel said scientists would have to first test the existing vaccines’ effectiveness against omicron. Then drugmakers would need a few more months to test and manufacture a shot specifically tailored to the new variant.

Work on an omicron shot is already underway. Pfizer and its German vaccine-making partner BioNTech said an updated version of its COVID-19 vaccine would be ready early next year if the omicron variant proves resistant to its current vaccine.

“Pfizer and BioNTech have taken actions months ago to be able to adapt the mRNA vaccine within six weeks and ship initial batches within 100 days in the event of an escape variant,” BioNTech stated.

Another omicron shot is being developed by the Maryland-based biotech company Novavax. Its updated formulation will be based on the spike protein specific to omicron’s genetic sequence. The company plans to start testing next month.

More variants are expected to follow omicron, and presumably more vaccines will be manufactured to combat them. But will we ever be able to vaccinate our way out of the COVID pandemic? And how will the cumulative effect of all these experimental shots impact public health?

The unvaccinated are often blamed for spawning the omicron variant, but some experts suggest that the vaccinated may in fact be the real variant driver. In a Nov. 30 article, virologist and vaccinologist Geert Vanden Bossche wrote that the continued push of mass vaccination for COVID-19 will only expand the evolutionary capacity of SARS-CoV-2 spike protein beyond the omicron version.

At issue is the type of vaccines that were developed in response to COVID-19. Unlike conventional vaccines that provide immunity, COVID vaccines merely reduce symptom severity. Bossche predicts that this will result in vaccinated people spreading variants that are increasingly contagious and deadly.

Bossche has been warning about this problem for several months. In an open letter to the WHO from March 2021, he warns that the current strategy to vaccinate the population in the midst of a pandemic is “at risk of resulting in a global catastrophe without equal.”

“I am not against vaccination,” Bossche wrote. “On the contrary, I can assure you that each of the current vaccines have been designed, developed, and manufactured by brilliant and competent scientists. However, this type of prophylactic vaccines are completely inappropriate, and even highly dangerous, when used in mass vaccination campaigns during a viral pandemic. Vaccinologists, scientists, and clinicians are blinded by the positive short-term effects in individual patients, but don’t seem to bother about the disastrous consequences for global health.”

Some research finds fault with the vaccines themselves. A study published in the Nov. 8, 2021, edition of the journal Circulation noted “dramatic changes” in the heart and blood vessels following a COVID-19 vaccine.

Researcher and cardiologist Dr. Steven R. Gundry noted that the changes persist for at least 2 1/2 months after the second vaccination.

Gundry concluded that the mRNA vaccines “dramatically increase inflammation on the endothelium and T-cell infiltration of cardiac muscle and may account for the observations of increased thrombosis, cardiomyopathy, and other vascular events following vaccination.”

Another study from the UK finds that those 60 and younger who have taken the COVID-19 vaccine are twice as likely to die as those who didn’t take the jab.

However, regulators still insist that the shots are safe, and that getting more people vaccinated is critical to ending the pandemic. Even before omicron came on the scene, moderately or severely immunocompromised individuals were encouraged to receive four shots. Some experts predict that everyone may require a new shot every six months as protection begins to wane.