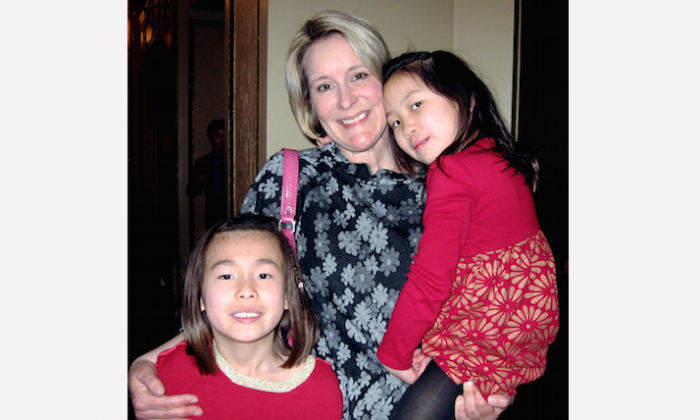 Social worker Michelle Warner saw the classical Chinese music and dance performance at the Orpheum Theater on March 9, with her two daughters, both adopted from China.

“It’s great. We like it,” said Ms. Warner. “These girls dance traditional Chinese dance locally, so it’s fun for them to see this on a different level.”

Shen Yun is the world’s premier classical Chinese dance company, according to its website. Its award-winning dancers come from all corners of the world.

“I think it’s wonderful,” she said. “That’s part of what we do even locally, you know.”

Ms. Warner co-founded Adoption Consultants with an interest in interracial and international adoptions, thus she brings cultures together.

Bonnie Leonhardt, a semi-retired realtor, and Henen Besilets, who once worked in property management, also attended on the same afternoon.

“I thought it was very good, very good. Didn’t you?” Ms. Leonhardt asked her friend.

“Yes, I did. I thought it was very colorful,” Ms. Besilets responded.

Shen Yun, based in New York, is known for its colorful costumes and backdrops, but the purpose of Shen Yun goes deeper than its beauty. It aims to revive the wisdom and spirituality of the culture as well.

Due to the expressivity of classical Chinese dance, Shen Yun performers depict mini-dramas that share ancient wisdom through legends, myths, and literary classics.

“Too bad you cannot see it in China,” said Ms. Leonhardt, referring to the fact that traditional culture has been deliberately and systematically destroyed by the communist regime.

For this reason Shen Yun cannot perform in China.