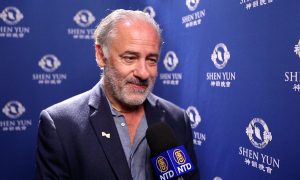 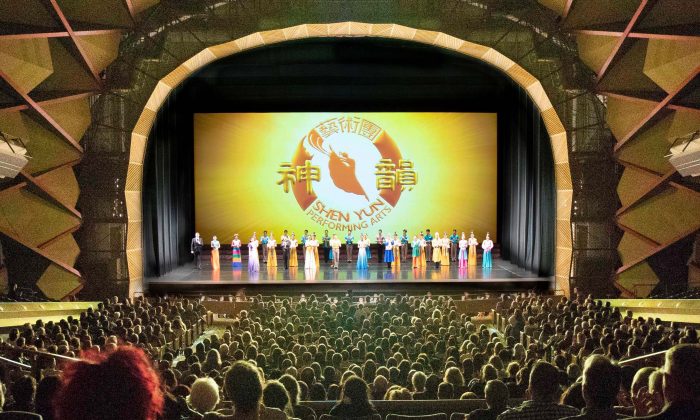 Shen Yun Performing Arts has, in just over a dozen years, become the world’s foremost classical Chinese dance company. It has grown from one to now six equal-sized dance groups that tour the globe every year with an all-new program, and one of these contingents will be performing in Anchorage, Alaska, from April 26 to 28.

Officials from various levels of government welcomed Shen Yun ahead of its arrival.

Governor Michael J. Dunleavy welcomed the group and thanked Shen Yun for its “desire to educate and inspire Alaskans with your performance.”

“I am grateful for Shen Yun Performing Arts’ desire to bring nations together through art, and I am thankful for their contribution to the cultural diversity of our communities,” Dunleavy wrote.

“We are honored to have you—the very talented dancers, orchestra members, choreographers, composers, and conductors—in Alaska to share this world-renowned performance with us,” he wrote.

“Special events like these are a wonderful opportunity to share our different traditions and heritage with the community,” Sullivan wrote.

“I know attendees will be inspired by the music, dance, and pageantry Shen Yun will display over these two days, as you transport audiences through 5,000 years of Chinese culture.”

“The positive impact you have contributed to our society by sharing this beauty and energy is something you should be proud of,” he wrote.

The combined Alaska State Legislature, composed of both the House and Senate, issued a citation in recognition of Shen Yun Performing Arts on Apr. 22, 2019.

“The members of the Thirty-First Alaska State Legislature are honored to recognize Shen Yun Performing Arts for its authentic Chinese culture and its core message of truthfulness, compassion, and tolerance.”

The citation goes on to say: “The members of the Thirty-First Alaska State Legislature offer their gratitude and recognition for bringing to the world magnificent eras in Chinese history, ancient stories and legends, ethnic and folk traditions, villains and heroes, through classical Chinese dance and music.”

“Thank you again for bringing to Alaska this beautiful performance, which has graced many of the world’s greatest stages and spans 5,000 years of Chinese culture and tradition,” Pruitt stated.

Senator Elvi Gray-Jackson welcomed the company as well, excited for the opportunity to witness something she knew would “not only be uplifting, but will be entertaining, and educational.”

“It is exciting to have you bring 5,000 years of Chinese culture through the universal language of music and dance,” Gray-Jackson wrote. “We look forward to hosting you and your inspiring cultural phenomenon of music and inspiration.”

“Shen Yun’s mission to preserve and revive 5,000 years of Chinese culture and connect the cultures of the East and West is truly admirable,” he wrote. “Cultural preservation is vital in maintaining our human identities.”