‘Nothing is as spectacular as Shen Yun,’ Former Mayor Says 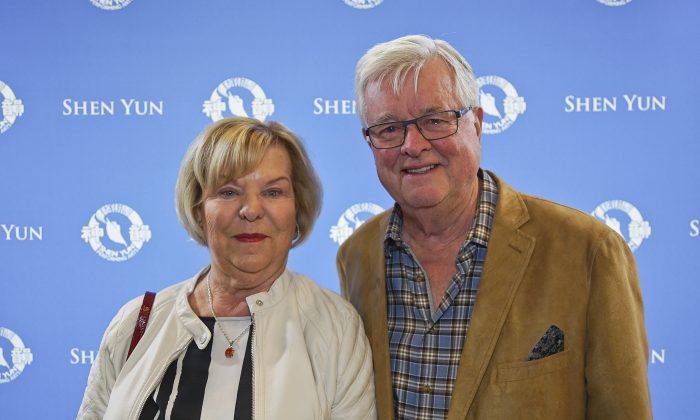 Walter Gray, former mayor of Kelowna in Canada and retired owner of several local radio stations, and his wife Doreen enjoyed the Shen Yun performance at the Orpheum Theater in Phoenix, Ariz., on Feb. 25, 2018. "This is our second time we've seen it. It's absolutely wonderful. We recommended it to a lot of people in Arizona already this year," Mrs. Gray said. (Sunny Chen/The Epoch Times)

“We’ve only been two years now, but I’m sure we’ll come for many years yet. I think it’s the color, it’s the live music, it’s the dancing, and the extraordinary acrobatics.”

“I’ve been around the theater quite a bit. I used to be a concert promoter as well—nothing is as spectacular as Shen Yun.”

“The brilliance, certainly the color, the colorful costumes, the absolutely beautifully orchestrated and choreographed dancing, and the storylines [stand out]. I also thought that the technology involved with the onstage performance was very well done and quite magical.”

“It was a very heartwarming, great experience. When the curtain came down at the end, you wished it had continued on for another hour.”

“It was very emotional … and [I was] feeling maybe there’s some hope in the world. I really liked it.”