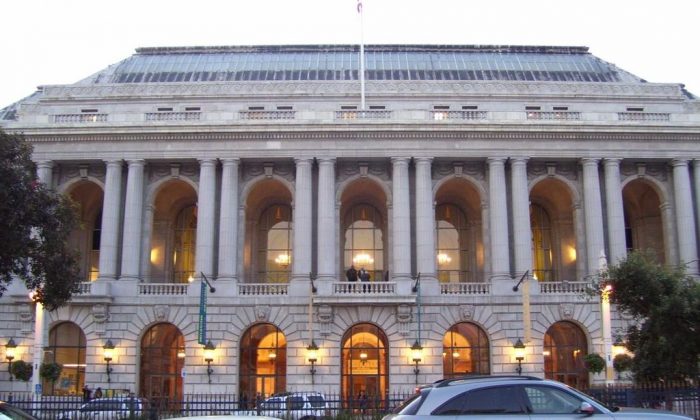 SAN FRANCISCO—The magic and wonder of Shen Yun Performing Arts will return to Northern California this January with an all-new 2016 performance.

Shen Yun, a non-profit organization based in upstate New York, is a world-renowned company that specializes in classical Chinese dance and music. Its mission is to revive traditional Chinese culture, with programs highlighting core values such as propriety, compassion, and respect for heaven.

These ancient values have sustained Chinese society for thousands of years, but they have been all but lost in modern China under communist rule. Shen Yun therefore cannot be seen in China today, but its beauty has left audiences in awe around the world.

“An amazing, amazing production,” said former actor and dancer Caryl Briscoe-Michas, who saw Shen Yun in Salt Lake City on Dec. 29. “I’m just amazed at those dancers, I really am … The incredible strength of the training and the synchronization and just the teamwork. It was flawless.”

Shen Yun will open Friday, Jan. 1, at the San Jose Center for the Performing Arts. The company will tour Northern California for 17 shows at the following places and times:

Fresno originally planned only two shows, both on Jan. 16, but they were nearly sold out by mid-December. Local organizers added a third show on Jan. 17.

According to Shen Yun’s website, classical Chinese dance is one of the most expressive and comprehensive dance systems in the world. It has a history of thousands of years and includes difficult techniques such as leaps, spins, and flips.

Shen Yun’s dancers are accompanied by an orchestra that blends Eastern and Western instruments seamlessly, as well as an animated digital backdrop that effectively extends the stage, bringing alive for audiences ancient vistas and faraway settings.

This will be Shen Yun’s ninth season in the San Francisco Bay Area. Every year, Shen Yun Performing Arts visits prestigious stages in over 100 cities in 20 countries.

Its four touring companies bring to life legends and historical events from 5,000 years of Chinese civilization.