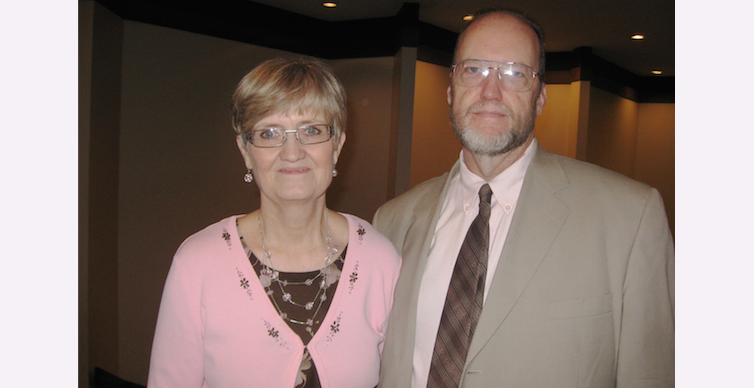 NORMAL, Ill.—”Not one dancer on stage makes any kind of false move. They are just so 100 percent together, and it’s just precision perfect,” said Kip Hayden, Sr. He and his wife Peg joined the happy crowd at Braden Auditorium for the maiden and only performance of Shen Yun Performing Arts there in 2014.

Shen Yun, based in New York, wraps up its Illinois tour with this performance on April 13. The tour included Springfield and Chicago and presents classical Chinese dance and music wherever it goes.

“I think it’s extraordinary,” the computer analyst for State Farm corporate headquarters said at intermission. “It’s very fascinating to learn about Chinese history that we don’t know much about in this country,” he said.

“I loved the music and the dancing, the technique is superb,” Mr. Hayden said.

Classical Chinese dance is among the most rigorous and comprehensively trained dance systems in the world.

“Classical Chinese dance has a long history of thousands of years, passed down continuously within the imperial palace and ancient Chinese theater and opera. Soaking up profound wisdom from every era and dynasty, it has become a complete system of dance embodying traditional aesthetic principles with its unique dance movements, rhythms, and inner meaning,” according to the company’s website.

Mrs. Hayden decided she wanted to see the performance because she was attracted to the colorful presentation.

Just spectacular,” was her impression of the first half. “I’m really looking forward to what comes next,” she said. Mrs. Hayden is the director at a local pre-school.

The program made Mrs. Hayden feel cheerful. But, at the same time, she was interested in a sad part of the evening. One of the dances depicts the persecution of people of faith by the communist party in China today.

“I expected this to be good and I have not been disappointed” she said.

“Well worth the money,” Mr. Hayden said. “It’s an education and an entertainment combined and it’s just fascinating.”