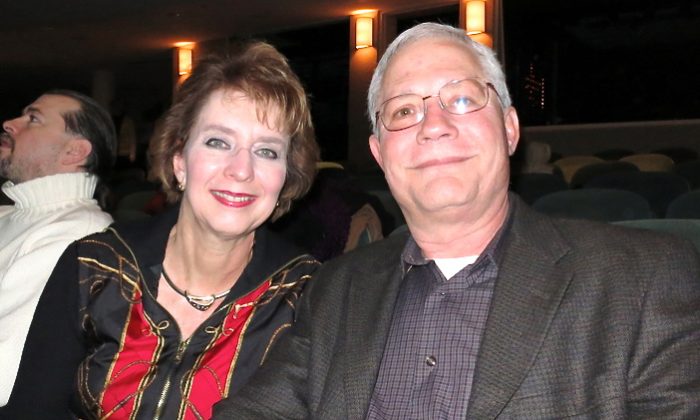 CHARLOTTE, N.C.—”Well, it’s been phenomenal so far,” said Debbie Abels, president and publisher at The Herald. “So dancing, the costumes, and just the creativity, the technology—I’ve never seen anything before like the backdrop that they do.”

On Jan. 28, Shen Yun Performing Arts gave its final Charlotte performance of 2014, where it offered its audience a rare look into China’s divine past at the Belk Theater at Blumenthal Performing Arts Center.

“And it’s also eye-opening in how much is similar to Western dance and music—though of course, part of that is by design with the orchestra, the way it is,” added Ms. Abels. “But even the classical dancing has a lot of similarities. So, it’s a nice combination of what you’re used to and something that’s very different, but done at a very high level.”

Shen Yun’s orchestra blends the beautiful melodies of Chinese music with the grandeur and precision of Western orchestration. “The result—” according to Shen Yun’s website, “two great traditions producing one refreshing sound.”

“And particularly, obviously the one about the young girl and her mother, and really the triumph of spirituality over the oppression of government,” she said, making reference to the piece depicting the persecution of the spiritual practice of Falun Gong by the current Chinese regime.

Reporting by DJY and Michael Fitzgerald