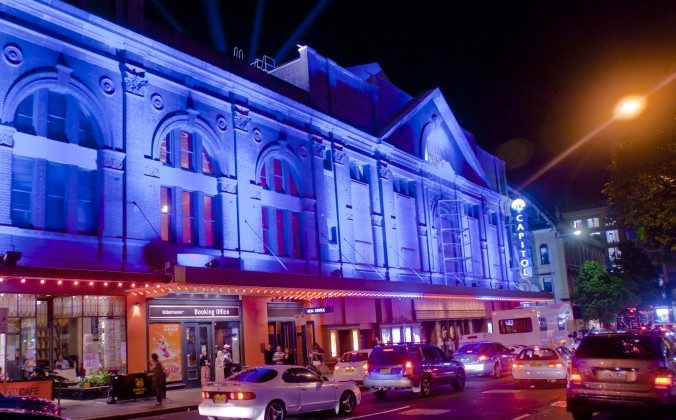 “I used to read Chinese stories. Now I’m watching it in person … this performance was amazing. We couldn’t imagine that they could dance so well,” he said.

The IS Times is the first Indian Sub-continent ethnic newspaper in Sydney owned and published by a professional. Mr. Kumar is an accomplished journalist with over 28 years’ experience in various capacities in the profession.

He has worked in some of the top national dailies of India including The Hindustan Times as a chief sub-editor and at the Fairfax Community Newspapers in Australia. He had a brief stint at the University of Western Sydney as a tutor in journalism.

“I had written about Shen Yun in my paper every year, but I’m watching it for the first time,” he enthused.

As a student in India, Mr. Kumar studied Chinese language and literature and history and geography. He feels Shen Yun is helping Australians understand Chinese culture.

“This is spreading the ancient culture, ancient Chinese culture among the Sydneysiders, among the Australians. Because they come to know what kind of culture China had. Because it’s 5,000 years of history. This kind of show brings China and Australia closer.”

It was a family affair for Dean LaVigne, his wife Emily and mother Pam LaVigne on Friday Feb. 13 as they experienced the wonder of Shen Yun Performing Arts. All three were enchanted with the splendid display of brilliant colours of the costumes and the backdrop.

Emily LaVigne, an architect with over ten years experience in the real estate development industry, has an expertise in design, she enthused about the design of the costumes and backdrop.

“I think the costume designs are beautiful, and the background design is quite beautiful too,” she said.

Shen Yun’s costume artists collect countless designs of traditional attire, ranging from those of emperors, ministers, and generals to the everyday clothing of the common people, according to the company’s website.

Dean LaVigne, a property developer with over fourteen years in the real estate development industry, began his career as an architect in Canada. “I like the dancing, and the colours.”

“Chinese dance is at the heart of what Shen Yun does. Known for its incredible flips and spins, and its gentle elegance, it is one of the most rigorous and expressive art forms in the world,” explains Shen Yun’s website.

Pam LaVigne, now retired, worked for the Canadian Government is visiting her family in Sydney. She was very impressed with Shen Yun.

“The men, they’re so light, they are just so light on their feet. It’s amazing.”

“With state-of-the-art graphics technology, Shen Yun’s digital-backdrop team creates vividly animated settings, extending the stage and transporting the audience to a world where heaven and earth are one. The backdrops are magical windows to completely different realms,” says the website.

Dean agreed with this, “I like the interaction with the screen. It was well done.”