New Zealander Says About Shen Yun: ‘We don’t want to lose something this beautiful’ 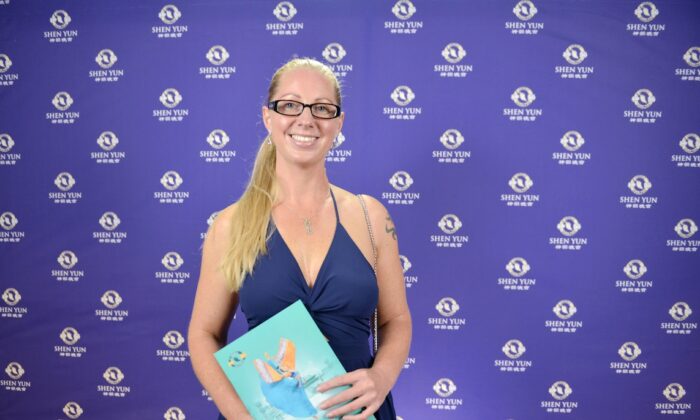 “I’m very very happy to be here and actually watching in person. It’s amazing to watch what the performers are able to do. It’s just seamless—everything. The music is just perfect. The costumes are breathtaking. The messages are also breathtaking as well,” Housby said.

Two of the dances performed told of the persecution that Falun Dafa practitioners are experiencing in China today.  Falun Dafa is an ancient spiritual path that was reintroduced into China in the early 1990s.  Its values of truthfulness, compassion and tolerance, and the overall wellbeing that it brought to its followers lead to its enormous popularity.  However, it was banned by the communist regime in July 1999 and this was followed by a campaign of persecution that still continues today.

“It’s just upsetting … with so much persecution happening around the world,” Housby said. “I think it’s something that we all need to be talking about so we can stop it from happening, and, hopefully, to try to live more in love and peace, [rather] than fear and anger.”

She felt very emotional as she watched and listened to the dance stories about good and evil, and said that it was very important to let people know what was happening. Shen Yun’s mission is to revive China’s 5000 years of traditional culture through classical Chinese dance, folk dance, and music.

Speaking of Shen Yun‘s mission, Housby said, “[It is] very, very important, if we don’t want to lose something this beautiful.”

She felt Shen Yun’s message had an important role to play in today’s society. “I think that you do need to be in touch with that side of things, otherwise you lose who you are,” she said.

Shen Yun Has Grace and Elegance

Gohns and Napier work in a longitudinal study at Auckland University called “Growing up in New Zealand”  that follows 7,000 children from before birth to young adulthood.

Gohns particularly enjoyed the dances depicting the ordeals and challenges of the spiritual group Falun Dafa.  “It was an actual story where you could really see the reality of the story.”

She said it was really important for people to understand that the Falun Dafa practitioners were being oppressed under a communist regime and cannot practice their faith.

Gohns said bringing those values [of Falun Dafa] into the 21st century would help people with issues that they are facing today. “I think that those values are really strong and high,” she said.

China was previously known as “The Land of the Divine.”  It was believed that Chinese culture came from divine beings. Shen Yun Performing Arts is restoring a culture.

Napier summed up her experience, “I think that the orchestra really complemented the whole performance.  I think the orchestra was particularly good—amazing and so visually pleasing … lovely to watch,” she said.

With reporting by NTD and Diane Rowe.