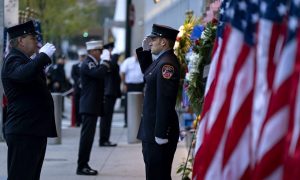 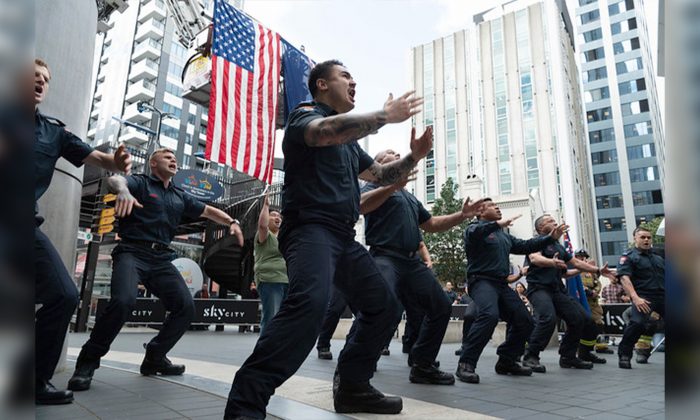 It’s been 18 years since 9/11. But the horrific attack and its innocent victims have not been forgotten. Firefighters in New Zealand performed a powerful Haka dance in memory of their U.S. counterparts who died responding to the scene.

Nearly 3,000 people lost their lives and almost 10,000 were injured after terrorists hijacked commercial planes and crashed into the twin towers of The World Trade Center in Manhattan. Amongst the fallen were 343 New York firefighters.

Nine-eleven marks the most disastrous firefighter tragedy in modern history.

In memory of the 18th anniversary of the attacks, firefighters in New Zealand performed a traditional Haka dance beneath the Sky Tower in Auckland on Sept. 11, 2019, News Now reports.

The meaningful tribute was to honor the brave firefighters who lost their lives responding to the catastrophe and to commemorate the lives of fallen New Zealand firefighters.

Haka is a traditional war dance of the Maori indigenous people of New Zealand. The dance has gained popular appeal well outside of its traditional usage, notably from the All Blacks national rugby team of New Zealand, which performs it before each game. According to the All Blacks website, “More than any aspect of Maori culture, this complex dance is an expression of the passion, vigor, and identity of the race.”

Haka is more than a novel amusement for the Maori people. It is a custom of high social importance in the welcoming and entertaining of visitors. Tribal reputation rose and fell on their ability to perform the Haka.

“Haka reflected the concerns and issues of the time, defiance and protest, of factual occurrences and events at any given time,” the All Blacks’ website adds.

A memorial service was held beforehand to mark the event, as per a Fire and Emergency New Zealand Facebook post. After the performance, more than 200 New Zealand Firefighters took part in a memorial stair climb of the Sky Tower as part of the occasion.

Scott Brown, the U.S. ambassador to New Zealand and Samoa, tweeted about the dance and called it “[a]n appropriate and uniquely Kiwi way to remember the bravery and sacrifice of 9/11 first responders.”

The incredibly thoughtful, not to mention spectacular, gesture from the Kiwi first responders received a warm worldwide response. Many Facebook users applauded the performance.

“Thank you for the wonderful Kiwi tribute to the 9/11 fallen first responders!” wrote one person.

“Although the Haka is performed as a war challenge it is also a sign of tribal strength, passion and unity. This haka was the NZ Firebrigade showing exactly that … Strength … Passion and a unity with the NYFD that lost their lives 9/11,” another added.

“Thanks to our Kiwi firefighters honouring their U.S. colleagues some of who never came home that day,” one person wrote.

“Moving tribute … honoured so many lives lost for no reason,” another Facebook user wrote.

Nine-eleven was a tragedy that defies comprehension, which many of us are still grappling to make sense of. Seeing the first responders honored across the globe is a beautiful call for unity and solidarity transcending national bounds. Bravo!