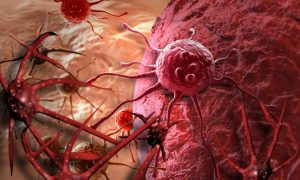 If you think the jury’s still out on whether cell phones can be dangerous to your health, then you might want to take the time to listen to this video from the Environmental Health Trust (www.ehtrust.org). Dr. Devra Davis, author of “Disconnect–The Truth About Cellphone Radiation,” has been researching the safety hazards of radiation emanating from your cell phone.

Like many people, Dr. Davis just didn’t believe the possibility of cell phones being dangerous―until she studied it. And now, with the toxicological and epidemiological evidence to back up her claims, she’s trying to get the word out that cell phone radiation is not only dangerous, but can be downright lethal.

In her lecture, Dr. Davis explains how the biological impact of your cell phone is not related to its power, which is quite weak, but rather to the erratic nature of its signal and its ability to disrupt resonance and interfere with DNA repair. This is now believed to be the most plausible theory for understanding the wide array of health impacts discovered, which includes cancer…

Can Your Cell Phone Cause Cancer?

One interesting case that can serve as an illustrative warning of the cancer-causing potential of cell phones is that of a young woman with no other predisposing risk factors for cancer who came down with multi-focal breast cancer. The case was revealed in the May issue of the Environmental Health Trust’s newsletteri.  As it turns out, the young lady had the curious habit of tucking her cell phone into her bra…

Two cancer specialists, Robert Nagourney and John West, concluded there was only one other possibility that might have directly contributed to her breast cancer. “We connected the dots,” the patient said. And the dots―quite literally the pattern of the cancer, and distribution of the cancerous cells―lined up perfectly with the shape of her cell phone.

While her doctor can’t prove the cell phone caused her cancer, it should serve as a potent warning not only to other women who might tuck their phones in their bras, but also to those of you who keep your phones in your pants pocket or shirt pocket as well. As a general rule, you’ll want to avoid carrying your phone anywhere on your body. Keep in mind that the most dangerous place to be, in terms of radiation exposure, is within about six inches of the emitting antenna. You do not want any part of your body within that proximity.

Regardless of the area exposed to the continuous radiation emitted by your cell phone, there’s the potential for harm, although certain areas are clearly more vulnerable than others.

For example, research published in 2009 showed evidence that wearing a cell phone on your hip may weaken an area of your pelvis. Using an X-ray technique used in the diagnosis and monitoring of patients with osteoporosis, researchers measured pelvic bone density in 150 men who regularly carried their cell phones attached to their belts. The men carried their phones for an average of 15 hours each day, and had used cell phones for an average of six years. The researchers found that bone mineral density was lowered on the side of the pelvis where the mobile phones were carried, raising the possibility that bone density could be adversely affected by the electromagnetic fields emitted by cell phones.

It’s important to realize that as long as your cell phone is on, it emits radiation intermittently, even when you are not actually making a call. So wearing a cell phone on your hip for 15 hours a day is giving that area of your body nearly continuous radiation exposure.

Previous studies have found that cell phone radiation can affect men’s sperm count, and the quality and motility of their sperm, and this may be a far greater issue than its effect on bone density. One such study, published in PLoS One found that:

“RF-EMR in both the power density and frequency range of mobile phones enhances mitochondrial reactive oxygen species generation by human spermatozoa, decreasing the motility and vitality of these cells while stimulating DNA base adduct formation and, ultimately DNA fragmentation. These findings have clear implications for the safety of extensive mobile phone use by males of reproductive age, potentially affecting both their fertility and the health and wellbeing of their offspring.”

Men in particular may want to reconsider carrying their cell phones on their belts or in their pocket, in close proximity of their reproductive organs. In addition, you have a number of other sensitive organs in that general area, including liver, kidneys, colon and bladder—all of which are susceptible to radiation.