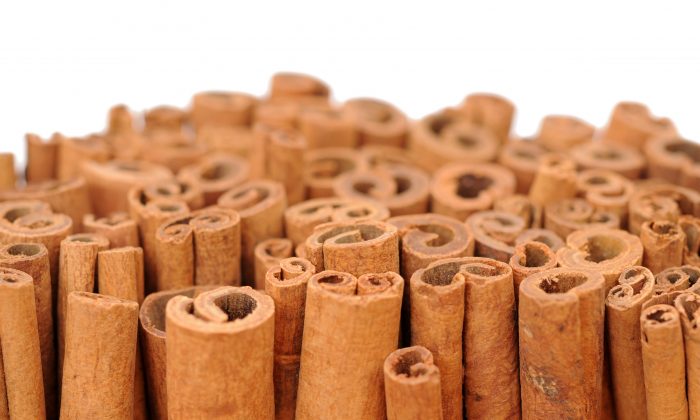 New Study Shows That Cinnamon Can Improve the Ability to Learn

Cinnamon has been used as a medicine for over 3,000 years. Modern studies confirm that this sweet and spicy bark can help with diabetes, digestion, and pain. But recent research reveals a potentially new function for cinnamon: improving our ability to learn.

In a study published June 2016 in the Journal of Neuroimmune Pharmacology, researchers found that mice that had previously demonstrated poor spatial memory learned to navigate a maze in less than half the time after taking cinnamon orally for a month, even when the location of the exit was changed with each test.

Researchers also discovered that the cinnamon treatment contributed to favorable changes in the hippocampus of these mice.

If the effects seen in mice are translated to human-size doses, adults would need about half a teaspoon of cinnamon powder per day.

A previous trial by the same research group found that cinnamon protected brain proteins and neurons that have been shown to deteriorate in Parkinson’s disease.

According to researchers, the mechanism behind cinnamon’s brain-enhancing influence is sodium benzoate—a chemical our body extracts from cinnamon when metabolized by the liver. Studies have shown that sodium benzoate has anti-inflammatory and antioxidant actions and helps promote strong, healthy neurons. That’s why the chemical is an approved drug for some neural disorders.

Can Cinnamon Help Protect You From Cancer?

So why not skip the cinnamon and just use pure sodium benzoate? According to Kalipada Pahan, Ph.D.—one of the study authors and a neurology professor at Rush University Medical Center—cinnamon is a superior source of this chemical.

“If we are using sodium benzoate, we have to use a higher dose or three to four doses per day because sodium benzoate is water soluble and quickly excreted out through the urine,” Dr. Pahan wrote in an email.

“On the other hand, sodium benzoate is released from cinnamon within our body slowly throughout the day. Therefore, cinnamon itself works as a slow-releasing formulation of sodium benzoate. This is definitely an advantage of cinnamon,” according to Dr. Pahan.

Such ill effects do not occur with cinnamon.

Mouse studies are a first step, but it remains to be seen whether cinnamon’s brain-boosting virtues hold up in a human trial. Pahan says there is discussion about testing cinnamon on slow-learning school children to see if they have experience similar to mice.

Dementia patients are another group that might benefit from cinnamon consumption. “We are talking with the neurologists for a possible clinical trial in Alzheimer’s disease,” Pahan said.

Cinnamaldehyde and other compounds specific only to cinnamon are what trigger sodium-benzoate production in the body, and both cassia bark (Chinese cinnamon) and true cinnamon exhibit this effect. But Pahan recommends sweeter Ceylon or Sri Lankan cinnamon (Cinnamonum verum) for long-term use because cassia bark contains small amounts of coumarin, a molecule toxic to the liver.

If the effects seen in mice are translated to human-size doses, adults would need about 3 grams (a little more than half a teaspoon) of cinnamon powder per day.

Of course, seeing what cinnamon can do in the lab, Pahan enjoys a larger dose.

“I take about one U.S. teaspoonful of cinnamon powder (Cinnamonum verum) mixed with honey as a supplement every night,” he said.

6 Things You Should Know About Cinnamon

Read more about the history of cinnamon.