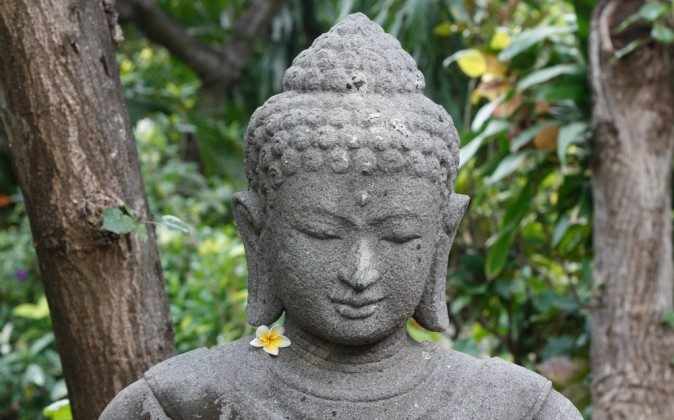 Neuroscientists try to Measure the Benefits of Meditation

Mindfulness is always personal and often spiritual, but the experience does not have to be subjective. New methods of coding mediation open the practice to clinical testing.

“In the neuroscience of mindfulness and meditation, one of the problems that we’ve had is not understanding the practices from the inside out,” says Catherine Kerr, assistant professor (research) of family medicine at Brown University. “What we’ve really needed are better mechanisms for generating testable hypotheses—clinically relevant and experience-relevant hypotheses.”

Now researchers are gaining the tools to trace experiences described by meditators to specific activity in the brain. A team of Brown University researchers, led by junior Juan Santoyo, present their research approach at the 12th Annual International Scientific Conference of the Center for Mindfulness at the University of Massachusetts Medical School.

At the conference, the team will frame these broad implications with what might seem like a small distinction: whether meditators focus on their sensations of breathing in their nose or in their belly. The two meditation techniques hail from different East Asian traditions. Carefully coded experience data gathered by Santoyo, Kerr, and Harold Roth, professor of religious studies, show that the two techniques produced significantly different mental states in student meditators.

“We found that when students focused on the breath in the belly their descriptions of experience focused on attention to specific somatic areas and body sensations,” the researchers wrote in their conference abstract. “When students described practice experiences related to a focus on the nose during meditation, they tended to describe a quality of mind, specifically how their attention ‘felt’ when they sensed it.”

The ability to distill a rigorous distinction between the experiences came not only from randomly assigning meditating students to two groups—one focused on the nose and one focused on the belly—but also by employing two independent coders to perform standardized analyses of the journal entries the students made immediately after meditating.

For example, Kerr says, “Based on the predominantly somatic descriptions of mindfulness experience offered by the belly-focused group, we would expect there to be more ongoing, resting-state functional connectivity in this group across different parts of a large brain region called the insula that encodes visceral, somatic sensations and also provides a readout of the emotional aspects of so-called ‘gut feelings’.”

Unifying experience and the brain

The next step is to correlate the coded experiences data with data from the brain itself. A team of researchers led by Kathleen Garrison at Yale University, including Santoyo and Kerr, did just that in a paper in Frontiers in Human Neuroscience in August 2013. The team worked with experienced meditators to correlate the mental states they described during mindfulness with simultaneous activity in the posterior cingulate cortex (PCC). They measured that with real-time functional magnetic resonance imaging.

They found that when meditators of several different traditions reported feelings of “effortless doing” and “undistracted awareness” during their meditation, their PCC showed little activity, but when they reported that they felt distracted and had to work at mindfulness, their PCC was significantly more active. Given the chance to observe real-time feedback on their PCC activity, some meditators were even able to control the levels of activity there.

“You can observe both of these phenomena together and discover how they are co-determining one another,” Santoyo says. “Within 10 one-minute sessions they were able to develop certain strategies to evoke a certain experience and use it to drive the signal.”

A theme of the conference, and a key motivator in Santoyo and Kerr’s research, is connecting such research to tangible medical benefits. Meditators have long espoused such benefits, but support from neuroscience and psychiatry has been considerably more recent.

In a February 2013 paper in Frontiers in Human Neuroscience, Kerr and colleagues proposed that much like the meditators could control activity in the PCC, mindfulness practitioners may gain enhanced control over sensory cortical alpha rhythms. Those brain waves help regulate how the brain processes and filters sensations, including pain, and memories such as depressive cognitions.